According to the World Health Organization, cases of pertussis, also known as whooping cough, reported in the US increased from fewer than 8,000 in 2000 to more than 20,000 in 2015. One hypothesis is that the switch from a vaccine containing whole Bordetella pertussis cells to an acellular version with pertussis antigens—a change that happened in the US around the year 2000—might be to blame.

In a study published in March in Science Translational Medicine, though, researchers attributed the disease’s rise to a combination of not enough people getting vaccinated and vaccine-based immunity waning over time, albeit much more slowly than other studies have suggested. They found no evidence that the switch in vaccine type drove the resurgence.

Now, another group of scientists is challenging the mathematical models and conclusions from the March study, which they say are inconsistent with observational data. The critics advocate for further research to figure out what’s responsible for the rise in whooping cough.

In the study published in March, Pejman Rohani, an epidemiologist at the University of Georgia, and colleagues designed mathematical models using data about pertussis incidence collected in Massachusetts between 1990 and 2005. The models were able to accurately predict real-life pertussis transmission, confirmed by observational data not used to generate them. The result indicated that vaccine-based immunity to pertussis wanes more slowly than previously thought, regardless of whether the vaccinations are whole-cell or acellular type. In other words, the vaccines are fairly durable, and don’t appear responsible for the rise in cases.

“The narrative regarding contemporary pertussis epidemiology, where at the moment everything is blamed on the acellular vaccines . . . is misleading, and it is not supported by facts,” Rohani tells The Scientist.

The CDC is also currently investigating whether molecular changes in B. pertussis bacteria may contribute to the increased incidence.

The researchers also quantified how infectious the bacterium is. According to the study, if everyone had no previous exposure to pertussis, one infectious individual would infect about 10 people, which is very high, says Rohani. The models showed that even with a really effective vaccine, as the team determined the acellular variety is, it was not surprising to see a spike in disease given this high degree of infectiousness because the number of people receiving the vaccine and how well it works in individuals vary.

A group of pertussis researchers from across the US took issue with some of the study’s methodology, and published a letter detailing their critique on Wednesday (December 19) in Science Translational Medicine.

In the comment, University of Kentucky epidemiologist Kathleen Winter and colleagues write that the data used to generate the models didn’t include many people born after 1997, who only received the acellular vaccine and have been observed to have a greater lifetime risk of pertussis. “The biggest limitation . . . was the historic data was not really representative of the current vaccine cohort, which we’re most concerned about, based on lack of inclusion of people who received the acellular vaccine,” Winter tells The Scientist.

The comment authors point out that these children would have been eight years old in 2005 and likely would have gotten a dose of pertussis vaccine between two and four years earlier, which they say is not enough time to assess how quickly the immunity of the acellular vaccine wanes. They also write that the predictions Rohani and colleagues make with their models do not include more recent data showing spikes in disease among high schoolers.

In their response to the comment, Rohani’s team validates its model in more scenarios—namely, its ability to predict the pertussis incidence recently observed in teenagers—and calls for an examination of prevailing ideas about pertussis.

“My hope is that through discussion . . . and through analytical methods that are transparently laid out that we reach a better explanation for what’s going on,” Rohani says.

Susan Hariri, an epidemiologist at the Centers for Disease Control and Prevention (CDC) who did not participate in the work, tells The Scientist in an email that evidence generated by CDC researchers is consistent with the idea that waning immunity from the acellular pertussis vaccines may be contributing to the increase in reported cases in recent years. The “CDC is also currently investigating whether molecular changes in B. pertussis bacteria may contribute to the increased incidence,” she writes.

“At the end of the day, resurgence must mean accumulation of susceptible [individuals] via waning of vaccine effect or via undervaccination. The pathogen doesn’t distinguish,” David Fisman, an epidemiologist at the University of Toronto who was not involved in the work, writes in an email to The Scientist. But it doesn’t have to be one or the other. “The two mechanisms may well act in concert,” he adds, and “there may be a lot going on in the clearly documented resurgence in pertussis that’s happening in North America, including changes in vaccination, vaccine efficacy, and diagnosis.”

“A lot has changed with pertussis epidemiology in the last two decades,” Winter says. “It’s likely that there are multiple potential causes that are leading to this resurgence that we’ve seen. We need some real, hard bench science to understand [the] potential for transmission in the context of these current vaccines.” 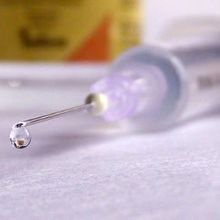 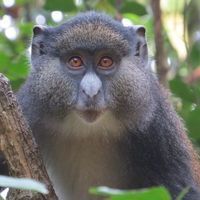