The deadly wildfire that tore through more than 240 square miles of northern California this month and destroyed the town of Paradise overnight has abated, but the somber process of identifying those who perished is still ongoing.

For the past three weeks, around 10,000 individuals have been involved in the search for human remains in the hundreds of acres of devastation—among them firefighters, cadaver dogs, search and rescue teams, and anthropologists from nearby universities, according to Megan McMann, community relations coordinator at the Butte County Sheriff’s Office. So far, the death toll stands at 88, but nearly 200 people remain missing as of yesterday (November 28) and search crews are no longer actively looking for remains, according to USA Today.

The task now falls to identifying the remains that have been collected. Fingerprinting is usually the first option, by which identifications can be made easily through existing databases, such as the FBI’s fingerprint database. Otherwise, investigators can make X-rays from teeth and identify individuals by comparing these with dentists’ records. But tracking those records down can be challenging, and some have raised the concern that the records of Paradise residents were destroyed in the fire.

“It does you no good to obtain the postmortem data and not be able to compare it to anything,” says Victor Weedn, a professor of forensic sciences at George Washington University. “That’s true of any of the methods.”

If fingerprints and dental records fail or if the remains are too damaged, DNA testing is the next step. Typically, it would take weeks to ship samples to a laboratory and conduct the analysis, but a Colorado-based company called ANDE has stepped in to help with the effort in California. The company, which usually works with the US military and the FBI, specializes in rapid DNA analysis. Since November 12, a team of 20 employees has set up camp at the coroner’s office in Sacramento to run DNA tests on samples wildfire investigators bring in. It takes less than two hours to get a read out.

After taking a DNA sample from tissue—or if necessary, from pulverized bone—the analysts scan for specific short tandem repeats (STRs) in noncoding regions of DNA to create a personalized profile. That part is “half the equation,” according to the company’s chief communications officer Annette Mattern. They also need family members’ DNA to make an identification.

It breaks our heart to see the remains in the database without a matching family member. It makes us feel as if there’s someone out there who needs to know this.

So far, not enough relatives of the wildfire victims have come forward, Mattern says. “I think it’s been very painful for families to take that step.” For some, it might also be financially or logistically difficult to get to the family assistance center in Chico where the team is collecting samples. Because of this, authorities have made it possible for family members to submit DNA swabs through any police station in the country, which will then forward it on to Butte County, Mattern explains.

“As of [last] weekend, we had 70 donors in the database of family members, but we need hundreds” to identify individuals, she says. “There are a lot of practical things that happen or don’t happen when you can’t declare someone as deceased,” she adds—such as insurance issues, for instance. “It breaks our heart to see the remains in the database without a matching family member. It makes us feel as if there’s someone out there who needs to know this,” Mattern says.

While DNA can resist degradation for a long time, says Weedn, who has been involved in identifying remains from the Vietnam War and World War II, it’s possible that the intense heat of the fire has resulted in calcinated bones and teeth, such that DNA analysis is impossible. “Calcination means that the body has become so incinerated that all that’s left are the minerals—you’ve burned away all the organics,” he says.

Mattern says that of the remains her team has received, “about 15 or 16 percent we weren’t able to get anything out of” because they were so damaged.

For these remains, anthropologists will have to extract the information they can from bones, if they’re still intact. Features such as age, gender, and stature may prove useful, especially as the missing persons list gradually narrows down, Weedn adds. Otherwise, investigators will have to rely on circumstantial evidence, such as the location of the victim.

It’s unclear how long the process of identifying the victims will take. If investigators have enough reference material to make comparisons, “then the identifications could be accomplished in days to a few weeks, but if not, then this could drag out for several months,” writes Weedn in an email. The identifications of 9/11 victims from 2001 are still ongoing—one family finally getting closure as recently as July—“but that is an exceptional case,” he adds.

As of yesterday, 35 positive identifications have been made, Butte County Sheriff Kory Honea said in a press briefing yesterday: 22 through DNA analysis, 12 through dental records, and four by fingerprints. Another 47 others been tentatively identified through circumstantial evidence, but await definitive identification through scientific methods.

As for the 196 individuals still unaccounted for, there’s a possibility that there might still be remains investigators will find, but Honea said the searches have been thorough. “I believe that we have done our due diligence in regards to searching for human remains. My sincere hope is that no additional human remains will be located,” he said in a press conference, according to USA Today.

The process of recovering and identifying human remains amid so much devastation has been hard to take for those on the ground. Butte County made a therapist available for those involved in the recovery efforts—a service that several of Mattern’s team members have accepted, she says.

“This is very hard on us, emotionally and mentally,” writes McMann in an email. But “all the people involved in this understand the necessity in doing this, so we’re going to do what we have to do. After we get to a point where we have a chance to start to process this whole event, we are all going to need to have somebody to talk to.” 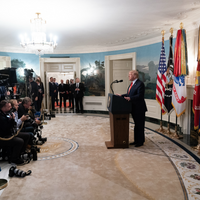