ABOVE: Even in the absence of T cells, mice have antibody-producing plasma cells (green) in the walls of their intestines.
GRASSET ET AL., SCI IMMUNOL, 5:EAAT7117, 2020

In the gut wall, activated B cells (also known as plasma cells) are continuously making antibodies against intestinal microbes. They do this with and without the help of T cells and, while much is understood about the T cell–dependent antibody production pathway, how the T cell–independent process is regulated was unclear. Now, researchers have discovered a master controller of T cell–independent antibody production, reporting the finding in Science Immunology today (July 31). However, the role of these antibodies in regulating the gut microbiome or host health remains elusive.

“It's an elegant scientific observation. They nailed the pathway . . . [and] their conclusions are pretty firm,” says clinical immunologist Balfour Sartor of the University of North Carolina who was not involved in the research “But the question is, what does it mean, what’s the biologic importance [of the T cell–independent antibodies]?”

The lumen of the gut contains a multitude of food and microbial antigens that the host immune system continuously surveys to balance nutrient absorbance, tolerance of commensal bacteria, and protection against pathogens. An essential feature of this surveillance is the continuous production, by gut-wall plasma cells, of immunoglobulin A (IgA) antibodies, which bind the assorted antigens and contribute to the appropriate response. While the production of some of these antibodies requires T cells—which are primed by the antigens before activating the B cells—some antibodies don’t need T cells, says clinical immunologist Emilie Grasset of Mount Sinai School of Medicine in New York who led the study. In mice, she explains, “even without T cells the antibodies are able to bind the bacteria.”

Such T cell–independent antibody production has been observed systemically in mice where it was found to require a B cell receptor called transmembrane activator and CAML interactor, or TACI (pronounced tah-see, not tah-key) that binds cytokines produced in response to foreign antigens and leads to activation of the B cell.

Hypothesizing that TACI might also regulate T cell–independent antibody production in the gut, Grasset and colleagues studied mice genetically engineered to lack either TACI, T cells, or both TACI and T cells, as well as wildtype animals.

In the colons and small intestines of mice that lacked T cells, antibody-producing plasma cells “were still there,” says Grasset. However, in the mice lacking both T cells and TACI, “the cells were missing.” Moreover, she explains, the abundance of immunoglobulin-bound bacteria was significantly reduced in the mice that lacked both T cells and TACI compared with those that lacked only T cells. Together, these results confirm T cell–independent antibodies are produced in the gut, bind to bacteria, and their production requires TACI.

“They have definitively shown a receptor that is important for the antibody responses in a T cell–independent fashion, [which] is something that the field has wondered about for a long time,” says commensal bacteria researcher June Round of the University of Utah who was not involved in the work. But the other big question, she says, is, “why do we have a T cell–independent response?”

In attempts to answer that question, Grasset and colleagues searched for differences between TACI-lacking and TACI-sufficient mice. They examined the sequences of the antibodies that the animals produced, the taxonomical composition of their gut microbiota, and the ability of their gut microbes to penetrate their gut walls. But, in short, they found no significant differences in any of these aspects between the animals with and without TACI.

“I was a little surprised, actually, that [deletion of the receptor] didn’t change the types of microbes that live in the gut,” says Round.

It’s possible that differences in antibody production, or immune response, may become apparent between mice with and without TACI if the animals were, for example, challenged with pathogenic bacteria, or made germ-free and then given specific commensal microbes, says Round. She also suggests that transcriptome analysis of the gut bacteria taken from mice with and without TACI might reveal differences in the effects of the T cell–dependent and –independent antibody interactions.

For now, though, the function of T cell–independent antibodies “is an open question,” says Grasset, “we know they bind [bacteria] for sure, so they must be doing something,”

Correction (August 3): A quote from Grasset in the third paragraph incorrectly stated that a majority of antibodies don’t need T cells, rather, some antibodies don’t require T cells for production. The Scientist regrets the error. 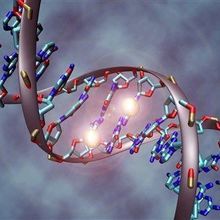