President Donald Trump’s administration is floating a plan to reorganize two research offices in the US Department of Agriculture, a move that concerned scientists say could cut funding for studies on climate change and nutrition, The Washington Post reports today (August 16).

In the proposal, the Economic Research Service (ERS) would be relocated from the USDA Research, Education, and Economics division to the Office of the Secretary, a political branch of the Agriculture Department. ERS and the National Institute for Food and Agriculture (NIFA) would move out of Washington, DC by the end of 2019, US Secretary of Agriculture Sonny Perdue announced in a press statement August 9.

“In our Administration, we have looked critically at the way we do business, with the ultimate goal of ensuring the best service possible for our customers, and for the taxpayers of the United States,” Perdue said. “In some cases, this has meant realigning some of our offices and functions, or even relocating them, in order to make more logical sense or provide more streamlined and efficient services.”

Critics of the plan say it could stifle research and lead to major staff losses. “What really troubles me is that the administration proposed cutting the ERS budget by 48 percent and laying off half its staff six months ago,” Scott Swinton, an agricultural economist at Michigan State University and the former president of the Agricultural and Applied Economics Association, tells The Washington Post. “My fear is that now this plan will lead to a high number of resignations—and the administration will say, ‘Well, we don’t need as much money now,’ rather than build that capacity again.”

University of Georgia agricultural economist Jeffrey Dorfman writes in Forbes that the relocation plan could save taxpayer dollars by lowering the cost of living for ERS and NIFA employees. It would also distribute taxpayer dollars around the country, rather than centralize it in the capital. However, the reorganization could lead to “less access to funding and loss of political influence” for the two research offices. “Given the well-established high returns on investment in agricultural research, less funding would be a large societal cost,” he writes.

“It seems weirdly punitive,” Sonny Ramaswamy, a former NIFA administrator, tells The Washington Post. “I can’t figure out why they would do this. . . . There’s no compelling rationale.” 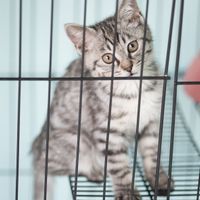 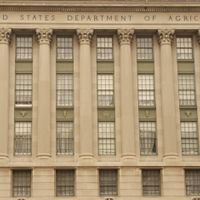