As California is grappling with the deadliest wildfire in its history, President Donald Trump’s administration warns that such catastrophes could become more common and more severe as the climate continues to warm. Intensified wildfires are among the many problems that the US now faces, according to the second volume of the Fourth National Climate Assessment, released on Friday (November 23); hurricanes, heat waves, and disease outbreaks are other calamities that can already be felt in the country.

“Future climate change is expected to further disrupt many areas of life, exacerbating existing challenges to prosperity posed by aging and deteriorating infrastructure, stressed ecosystems, and economic inequality,” the report reads. “Without substantial and sustained global mitigation and regional adaptation efforts, climate change is expected to cause growing losses to American infrastructure and property and impede the rate of economic growth over this century.”

The 29-chapter report details the nature of these risks, which range from direct and indirect effects on human health to economic and agricultural concerns. It’s the culmination of years of work from more than 300 researchers, who have combed through the published literature on climate change in the country.

“How many wake-up calls do we need?” Carol Werner, executive director of the policy nonprofit Environmental and Energy Study Institute, says in a statement. “Every new National Climate Assessment has built on the previous one, confirming that climate change is already happening, and that we need to act. Time is running out.”

Many have raised concerns that the current administration does not take a fact-based evaluation of climate change data. Indeed, just last week Trump tweeted, “Brutal and Extended Cold Blast could shatter ALL RECORDS - Whatever happened to Global Warming?” And some argue that the decision to release the report on Black Friday—earlier than its planned December publication—reflects a bias against the science. “Publishing a dire climate report in the final hours of Black Friday might be the biggest Friday news dump of them all,” The Atlantic reports. 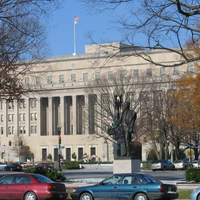