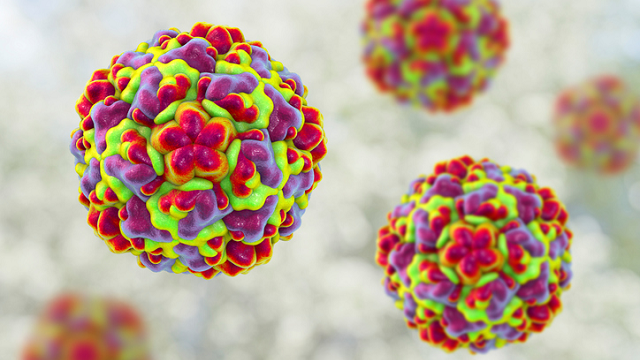 ISTOCK, DR_MICROBEResearchers have developed a compound that blocks the replication of rhinoviruses, the pathogens behind most cases of the common cold. The in vitro study, published yesterday (May 14) in Nature Chemistry, could provide the first step to developing a treatment for a condition that affects the average adult two to three times a year.

“The common cold is an inconvenience for most of us, but can cause serious complications in people with conditions like asthma and [chronic obstructive pulmonary disease],” study coauthor Ed Tate of Imperial College London says in a statement. “A drug like this could be extremely beneficial if given early in infection.”

Despite being so widespread, the common cold has consistently eluded effective medical treatment, both because of the vast number of viruses that cause it—more than 150 strains of rhinovirus infect humans—and because these pathogens are particularly fast-evolving.

“Because the inhibitor targets proteins that are common to most types of rhinovirus, it would likely have a broad range of activity,” Peter Barlow, an immunologist and spokesperson for the British Society for Immunology who was not involved in the work, tells Newsweek. “While this study was conducted entirely in vitro . . . it shows great promise in terms of eventually developing a drug treatment to combat the effects of this virus in patients.”

Speaking to The Guardian, study coauthor Roberto Solari of Imperial emphasizes that much more research is needed for this to become a reality. “We haven’t done any animal studies, and we obviously haven’t done any studies in humans, so I can’t tell you formally what the animal toxicity of this compound is,” he says. “There is a still a long way before this becomes a medicine.”