In 2005, a 23-year-old woman in the UK was involved in a traffic accident that left her with a severe brain injury. Five months after the event, she slept and woke and could open her eyes, but she didn’t always respond to smells or touch or track things visually. In other words, she fit the clinical criteria for being in a vegetative state.

In a study published in Science in 2006, a team of researchers tested her ability to imagine herself playing tennis or walking through her house while they observed activity in her brain using functional magnetic resonance imaging (fMRI). Remarkably, her brain responded with activity in the same areas of the brains of healthy people when asked to do the same, indicating that she was capable of complex cognition, despite her apparent unresponsiveness at the bedside. The findings indicated that this patient and others like her may have hidden cognitive abilities that, if found, could potentially help them communicate or improve their prognosis.

Since then, researchers and clinicians around the world have used task-based neuroimaging to determine that other patients who appear unresponsive or minimally conscious can do challenging cognitive tasks. The problem is that the tests to uncover hidden consciousness can be complex to analyze, expensive to perform, and hard for all patients to access.

“You would like to know if people who look like they’re unconscious are actually following what’s going on and able to carry out cognitive work, and we don’t have an efficient way of sorting those patients,” says Nicholas Schiff, a neuroscientist at Weill Cornell Medical College in New York City.

Now, in a study published today (November 21) in Current Biology, Schiff and his colleagues have come up with an easier way to test for covert consciousness: measuring electroencephalogram (EEG) responses to human speech. EEG uses a net of electrodes pasted onto the scalp to measure electrical activity in the brain and is cheaper and much more widely available than fMRI. Plus, the EEG can be done at a patient’s bedside, which makes it easier to access.

“It’s a groundbreaking study because it shows that there may be a screening test that we can perform that will identify patients who are likely to be covertly conscious,” says Brian Edlow, a neurologist at Massachusetts General Hospital who did not participate in the study. He cautions that the strategy “does not prove that the person is covertly conscious because it doesn’t show that they’re following commands,” but adds that if the findings can be replicated, “this is a test that could be generalizable and disseminated to institutions around the world to identify these patients” for further testing and, perhaps eventually, to help them express themselves.

Previous work has shown that the brain keeps track of how sound varies in intensity and it releases corresponding electrical signals that can be measured with EEG. In search of a more straightforward way to detect hidden consciousness, Schiff and his coauthors measured the EEG responses of 13 healthy controls as they listened to another person reading Alice’s Adventures in Wonderland aloud and compared those readouts to those of 21 patients with brain injuries, who heard family members tell stories about their own lives. The patients ranged in their states of consciousness, from six who were capable of some communication and motor movement to three in a vegetative state.

Then the researchers used fMRI to determine whether any of the patients had the capacity to perform complex cognitive tasks, such as imagining themselves opening and closing a hand, swimming, or playing tennis. They found that the patients whose fMRI results showed activation in the expected brain areas—indicating that they were capable of cognition—also exhibited normal delays in their EEG readouts in response to human speech. In contrast, the patients whose fMRI results didn’t correspond to typical brain activity had a much bigger delay in their EEG-measured response to speech.

“fMRI is pretty expensive. It’s usually hard to [access] and it takes time and expertise whereas EEG is usually accessible in many clinical settings,” says Camille Chatelle, a postdoc at the University of Liège in Belgium who is also affiliated with Edlow’s group at Massachusetts General Hospital and was not involved in the work. “We know that these patients sometimes fluctuate and need to be assessed several times within a week to ensure a good diagnosis, so this kind of EEG method could be easier to apply for repetitive assessment and implementation in clinic.”

“The problem with severe brain injury is that you have people who all look the same who could have very different trajectories of recovery over time, response to treatment, or already achieved level of recovery,” says Schiff. This technique “is a way to sort the variance and also to figure out who we should look at more closely and immediately.”

Schiff explains that it will be necessary to examine much larger numbers of patients to determine whether the tight correlation that they found between the brain’s response to spoken language and cognitive capacity in this study is preserved in different groups of patients. “There’s a pretty good chance that this is going to be a much better way to screen people because it’s cheap, it’s easy. It takes about five minutes of data that you could record at the bedside anywhere,” he says. 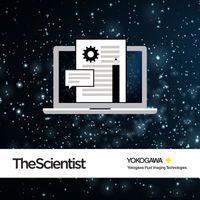