Sometime around 2 billion years ago, a bacterium slipped inside a larger cell, started producing energy there, and became the indispensable powerhouse we know today as the mitochondrion, so the working theory goes.

But that old story now has a new twist. Scientists have detected the organelles outside of cells, apparently functioning perfectly well while drifting around the blood of healthy people, according to findings published recently (January 19) in The FASEB Journal. The researchers who made the discovery propose that the independent mitochondria may be released by cells for signaling purposes, although more work is needed to validate that hypothesis.

“It’s very exciting. . . . I think altogether the combined evidence is pretty strong that they definitely are whole mitochondria,” remarks Martin Picard, a physiologist at Columbia University who wasn’t involved in the new research. “I think there’s a lot more work to be done to know . . . whether they have a functional role to play,” he adds.

The researchers spotted the organelles themselves in the plasma of five healthy individuals under a microscope—an observation they confirmed using electron microscopy.

The findings were the result of a multi-year project led by Alain Thierry, an oncologist who researches the development of cancer biomarkers at the French National Institute of Health and Medical Research. About seven years ago, he and his colleagues were studying cell-free mitochondrial DNA—long known to circulate in human blood—as a potential diagnostic marker for cancer.

The team members became intrigued when they noticed that certain cell-free mitochondrial DNA fragments extracted from the blood plasma of healthy people appeared to be longer and more resistant to degradation than cell-free nuclear DNA fragments, which are also known to drift in circulation. If the cell-free DNA from mitochondrial sources was more stable than that from cell nuclei, perhaps it was encased in some kind of protective structure, they reasoned.

To find out, they took a close look at the blood plasma of 80 healthy individuals. Using a range of techniques, including PCR, gel electrophoresis, and whole genome sequencing, they identified two distinct populations of cell-free mitochondrial DNA: one consisting of small, degraded fragments, and one populated by notably long DNA strands. Some of the latter, they found, were in fact full-length copies of the mitochondrial genome, which bolstered the theory that it might be contained in some kind of packaging—otherwise it would have degraded into smaller fragments.

The team then decided to investigate whether mitochondrial proteins were associated with the DNA. And sure enough, using gel electrophoresis they found proteins known to be present in intact mitochondria, such as transport proteins and enzymes that reside in the inner and outer mitochondrial membranes.

Then, using a fluorescent mitochondrial marker, the researchers spotted the organelles themselves in the plasma of five healthy individuals under a microscope—an observation they confirmed using electron microscopy. Lastly, the researchers conducted an assay designed to measure the oxygen consumption of the organelles, extracted from the plasma of 12 individuals, to see if they were capable of the energy-generating process of respiration.

Along with other data, the results suggested that the free-floating mitochondria in healthy blood were in fact functioning, respiring organelles. The team estimates that there could be between 200,000 and 3.7 million cell-free, intact mitochondria per milliliter of blood plasma.

A few previous reports have shown that mitochondria can exist outside cells. One 2014 study suggested that blood platelets can release functional mitochondria when they’re activated, for instance, when they launch a blood-clotting cascade in response to blood vessel damage.

Thierry’s research is the first to indicate that free-floating mitochondria can circulate in the blood of healthy individuals and under normal circumstances, without platelets being specifically activated. His team undertook additional experiments to make sure that their observations weren’t due to the accidental activation of platelets. In addition, they cultured several human cancer and non-cancer cell lines and, again, found loose mitochondria in the culture medium, suggesting that a range of cell types beyond platelets are capable of releasing mitochondria into their environment, Thierry explains.

Thierry isn’t particularly surprised that mitochondria could be circulating in the blood. “Bacteria can circulate in blood when there is an infection,” he says. So it’s not inconceivable that mitochondria, which have descended from bacteria, could do the same, he says.

The team estimates that there could be between 200,000 and 3.7 million cell-free, intact mitochondria per milliliter of blood plasma.

“The whole thing surprises me,” remarks Joel Riley of the University of Glasgow who studies how mitochondria can stimulate inflammation and who wasn’t involved in the study. “We know that bits of mitochondria can get kicked out of cells through extracellular vesicles [when they are damaged], but whole mitochondria—that’s pretty cool,” he says.

Riley says he wonders how it’s possible that blood-borne mitochondria have gone unnoticed for so long. Benoît Kornmann, a biochemist at Oxford who studies mitochondria and also wasn’t involved in the study, proposes that because the organelles are so small and most researchers’ examinations of blood are probably at the level of cells, “it’s likely that you’re never going to see them unless you look for them.”

The function of free-floating mitochondria 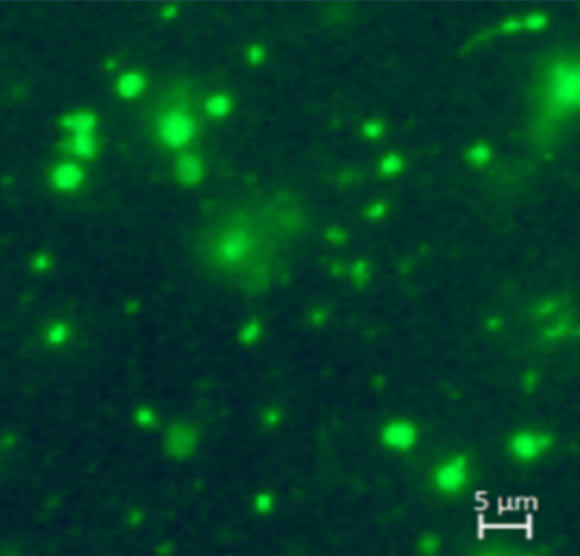 Kornmann and Picard aren’t totally convinced that the organelles are actually fully functional. In the oxygen consumption assay Thierry and his team conducted, it’s feasible, although unlikely, that their observations might be due to mitochondria from intact cells that had accidentally contaminated the preparation, Kornmann point outs. He’d like to see more experiments to eliminate that possibility. In addition, he’s curious to know whether the mitochondria are being actively released from cells, “or is it just cells dying in a non-controlled way and releasing debris?” he asks.

Thierry says he thinks it’s more likely that mitochondria are being actively released by certain cells in their functional state, and that the organelles perhaps play a signaling role. One idea, for instance, is that cells could release mitochondria, which are then taken up by other cells that are damaged and are in need of them, he explains.

Picard agrees this is a possibility. In fact, some experiments have found that stem cells can release mitochondria in order to rescue damaged cells, and mitochondria have been shown to translocate from one neighboring cell to another. Perhaps parts of the body produce mitochondria and release them into the bloodstream so that compromised tissues can use them, in a similar way as glucose is stored within cells but also circulates in the bloodstream. “In biology there’s rarely things that happen for no reason. I think that it’s quite likely that the circulating mitochondria have a functional role to play,” although more research is needed to find out, Picard says.

Riley speculates that certain cells could be releasing mitochondria as an inflammatory signal. If that’s the case, he says, he’d be curious to know whether people with certain diseases, such as cancer, have higher amounts of functional mitochondria in their bloodstream. “If it turned out that the presence of these mitochondria in the blood were increased in cancer patients . . . that might be a way of early detection of cancer.”

Correction (February 10): A previous version of this story incorrectly stated that mitochondria evolved from cyanobacteria. The Scientist regrets the error.