Scientists have successfully fused the 16 chromosomes of yeast species Saccharomyces cerevisiae to create new strains that hold almost the entire genome on just one or two. Yeast cells containing the fused chromosomes showed no major defects in growth and displayed only minor alterations in gene expression, suggesting living organisms may be more tolerant to changes in chromosome number and structure than biologists expected. Two independent research groups report these findings in a pair of papers published today (August 1) in Nature.

“Both studies present probably the most dramatic genome reconfiguration that’s been designed and obtained so far,” says Gianni Liti, a geneticist at the Institute for Research on Cancer and Aging in France who was not involved in the studies. “It’s quite surprising that the cells can actually [survive].” Liti penned an accompanying commentary in Nature.

Chromosome number varies drastically across eukaryotes. Humans have 46, the red vizcacha rat (Tympanoctomys barrerae) has 102, and the male jack jumper ant (Myrmecia pilosula) possesses only one. “It seemed to me that chromosome number was random in eukaryotic species,” says Zhongjun Qin, a geneticist at the Chinese Academy of Sciences (CAS) who coauthored one of the studies. “So I thought if we could create a single chromosome, then we could answer many questions. For example: How tolerant [are organisms] to a variation in the total number [of chromosomes]?”

To create a viable yeast cell with a single chromosome, Qin and his colleagues used the gene-editing tool CRISPR-Cas9 to combine two chromosomes at a time by cleaving and fusing sequences next to the structures’ telomeres—the repetitive nucleotide sequences located at each chromosome’s tip. They also removed a centromere from one chromosome in each pair to ensure that the fused product only had one, as chromosomes with multiple centromeres are unstable.

It’s quite surprising that the cells can actually [survive].

—Gianni Liti, Institute for Research on Cancer and Aging

On the other side of the globe, Jef Boeke, a geneticist at New York University’s Langone Medical Center, and his colleagues were also working on fusing yeast chromosomes using a similar technique. According to Boeke, the idea to pursue such an experiment emerged while his team was working on a project called Synthetic Yeast 2.0, which aims to create yeast chromosomes from scratch.

These researchers were also successful in producing new, viable yeast strains by fusing S. cerevisiae’s chromosomes—but unlike Qin and his colleagues, Boeke’s team could not produce a functioning yeast strain with a single chromosome; they were only able to reduce the chromosome number down to two. There are many possible explanations for this difference, Boeke explains, but the most plausible one has to do with size. He notes that Qin’s group deleted more repeated sequences from their yeast chromosomes than his group did, so “it’s possible that their yeast genome is below a [maximum] total size threshold that we’re just above.”

Both teams’ synthetic yeast displayed only slight defects in growth and showed very few changes in gene expression. “To me, [these results] are surprising,” says William Noble, a computational biologist at the University of Washington in Seattle who was not involved in this work. “I would have thought there would be a greater effect on fitness.”

Christian Landry, an evolutionary geneticist at Laval University in Canada who was not involved in either study, also expressed surprise that, despite significant alternations in the 3-D architecture of the genome, only minor changes in gene expression occurred. “There’s been a lot of work showing that the way the genome is organized in the cell contributes to gene regulation,” he says. “[This] changes, a little bit, the role of 3-D organization of the genome.”

Noble notes that while the overall structure of the synthetic chromosomes was altered, local interactions between specific regions in the genome remained similar to those of the original strain. “Globally, it doesn’t look like there’s a strong link between gene expression and 3-D chromatin, but locally maybe there is,” he adds.

While the mechanisms underlying this effect are unclear, Boeke says that reproductively isolating yeast by changing its chromosome number could be useful for future applications of synthetic yeast, such as biosensors. The approach could provide a kind of biocontainment to minimize the spread of engineered yeast outside the specific environment where it is needed.

Whether these findings in yeast will extend to higher-order eukaryotes such as humans has yet to be determined. Xiaoli Xue, a biologist as CAS and a coauthor of one of the studies, notes that there is some evidence that chromosome fusion can naturally occur in other organisms with more complex genomes: chromosome 2 in humans, for example, appears to have arisen from the melding of two ancestral ape chromosomes.

For now, the researchers plan to probe the newly created yeast strains to address questions about chromosome biology, such as how structure influences gene expression. These papers have “opened so many questions,” Boeke says. 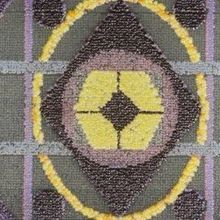 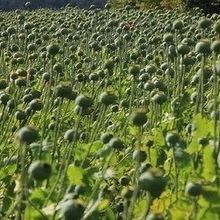 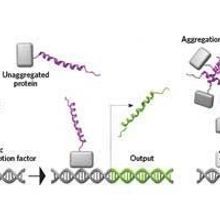