ABOVE: An embryoid forming two halves (green and yellow)
LABORATORY OF STEM CELL BIOLOGY AND MOLECULAR EMBRYOLOGY AT THE ROCKEFELLER UNIVERSITY

Using human embryonic stem cells (ES cells), researchers have generated models of early human embryos in the lab that are more complex than any previous lab-generated embryo model, NPR reports. They’ve also shown that the application of the protein BMP4 causes these embryo models, called embryoids, to break symmetry, or go from a round ball to a structure with front and back ends.

How the human embryo breaks symmetry is a mystery. That this could happen in the embryoids with BMP4 but without maternal factors or extra-embryonic tissues surprised the researchers, they write in their paper, published July 1 in Nature Cell Biology.

“This process of symmetry breaking is a major holy grail of development biology,” Rockefeller University stem cell researcher Ali Brivanlou, who led the research, tells NPR. “I really feel like I’m looking at one of the most mysterious aspects of our own existence.”

The researchers placed dissociated human embryonic stem cells in a dish containing hydrogel and an extracellular matrix-like scaffolding and found that they organized themselves into balls equivalent to human embryos that are 10 days old, at what’s called the epiblast stage. When the researchers added BMP4, the embryoids developed an anterior-posterior polarity, including signs of something resembling the primitive streak, which in an embryo establishes the midline.

According to current ethical guidelines that stem cell researchers follow, work on actual human embryos can only continue to 14 days. This research “certainly hints that science is headed towards a challenge to that rule,” stem cell scientist and Harvard Medical School dean George Daley, who was not involved in the study, tells NPR, adding that stem cell scientists will have to rewrite their guidelines in light of these findings.

“As the embryo models become much more complete and much further along in showing us how the human body develops after fertilization, one might begin to wonder: At what point do these models effectively just become the real thing?” Insoo Hyun, a bioethicist at Case Western Reserve University and Harvard Medical School who was not involved in the research, comments to NPR.

The researchers plan to use the embryoids to develop even more complex models of embryonic development. 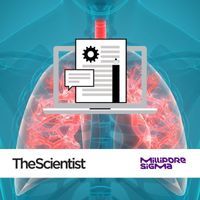