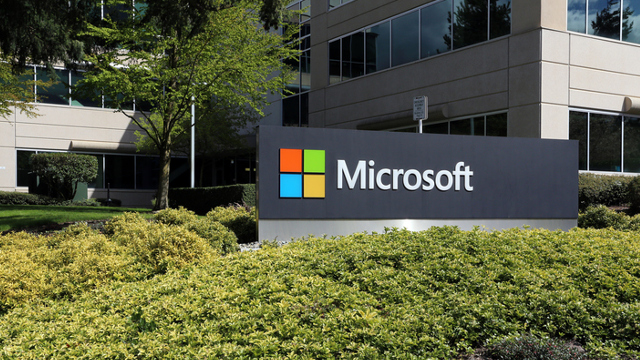 ISTOCK, WELLESENTERPRISESOn June 4, Microsoft announced that it would acquire GitHub for $7.5 billion. The deal is expected to complete by year’s end.

The deal sparked chatter and criticism from the web-developer community, but so far, computational biologists are giving Microsoft and GitHub the benefit of the doubt—and sticking with the popular coding platform for their academic projects.

The service platform, which includes many academic research users, was created in 2008, and quickly accumulated visitors. According to GitHub’s website, the site hosts more than 29 million users—web developers and programmers who create, review, and modify code, manage projects, and develop software. GitHub’s appeal is its interface, which makes it easy to track and share software coding updates in real time with a private team or with the public.

Many academic scholars generating data that require unique software for analysis including metagenomics and taxonomy studies and neuroscience research make...

“I use GitHub extensively. It’s convenient and social. I create a project on there weekly if not daily,” says Jeremy Magland, a senior data scientist at the Flatiron Institute in New York City.

There are very competent web developers on GitHub who could easily create alternatives, which gives me confidence that this type of thing is not going away.—Jeremy Magland,
Flatiron Institute

Pierre Yger, a computational neuroscientist at the French National Institute of Health and Medical Research who also uses GitHub daily, says he chose GitHub to host his programming projects because his collaborators were already using the platform.

Yger, Magland, and another frequent GitHub user, Marius Pachitariu, a neuroscientist and group leader at the HHMI Janelia Research Campus, do not plan to migrate their projects to a different service or to a personal server as a result of the Microsoft acquisition.

Yger is optimistic that, because Microsoft is already heavily using GitHub for some of its own web development, the company values open-source coding projects and will not tinker with the service and its community of users. And he’s hoping Microsoft won’t enforce a mandatory integration of GitHub with its own products.

In its announcement, Microsoft stated that GitHub will still “operate independently to provide an open platform for all developers in all industries.” But that did not stop some web developers from voicing their concern on forums and social media that Microsoft at the helm could make changes to how GitHub functions, including disrupting its organic community and GitHub’s business model, which is based on the number of private projects individual and business users accumulate on the site. Academics and others who house only publicly accessible projects get to use the site for free.

“Companies sometimes don’t get enough credit for hosting nonprofit research. GitHub allows academics to host both public and private projects for free, a service that for-profit companies pay for. We are benefiting from that research and development,” says Pachitariu.

One of the fears, according to Jake Williams, founder and president of Rendition Infosec, an information security consultancy, is that Microsoft would perform analyses on GitHub’s private projects and identify trends—such as an uptick in the use of a specific machine-learning algorithm—that would give the company a competitive edge.

Microsoft declined to offer addition comment regarding the acquisition, referring only to its public announcement. GitHub did not provide an interview by deadline.

So far, Williams has advised most of his clients not to migrate away from GitHub, citing that GitHub already has that access and power today. GitHub staff does, in fact, scan projects to identify potential security breaches and advises its owners to fix them, according to Williams. “GitHub has been using its access to help the community and I suspect that Microsoft will do more of the same,” he says.

Quincy Larson, a web developer, teacher, and founder of freeCodeCamp.org—which hosts dozens of open-source projects on GitHub for its users while teaching them to code for free—says that the acquisition will not change freeCodeCamp’s use of GitHub. “I don’t think Microsoft wants to invite a public relations disaster in which they are found gleaning competitive, private information,” Larson says.

For Giorgio Gilestro, a systems biologist at Imperial College London and a GitHub user, the acquisition underscores the need for a discussion of whether scientists should rely on commercial entities such as GitHub for their research needs. Gilestro proposes the creation of an academic GitHub-like ecosystem to provide public access to academic software, the sharing of which is as important, he says, as making the raw data publically available.

But none of the other academic computational biologists and GitHub users The Scientist spoke to shared Gilestro’s sentiment. “I see that scientists are learning the techniques of more traditional software developers in the ecosystem and I don’t think that we should silo ourselves away from that,” says Magland.

Magland and Yger add that GitHub should expand beyond just code writing. Researchers are already beginning to use GitHub to also write papers together and store large-scale datasets, although neither function has yet been widely adopted.

And if GitHub changes for the worst? Magland, for one, is not concerned. “There are very competent web developers on GitHub who could easily create alternatives, which gives me confidence that this type of thing is not going away,” he says.