Update (May 28): The New York Times reports that an Asian giant hornet has been found in British Columbia, eight miles north of where two of the insects were spotted last fall in Washington State. The apiculturist who confirmed the discovery notes that most people should not be concerned about the insects, as he says he is worried fear could lead people to kill ecologically important bees and wasps.

Members of the species Vespa mandarinia, a hornet infamous for wiping out whole colonies of honey bees and delivering painful and sometimes deadly stings to humans, have been spotted in the United States for the first time, The New York Times reports. Two dead “murder hornets” found in Washington State late last year have sparked a hunt for colonies, which researchers hope to eradicate before the species can establish a firm foothold in the area.

“This is our window to keep it from establishing,” Chris Looney, an entomologist at the Washington State Department of Agriculture, tells the Times. “If we can’t do it in the next couple of years, it probably can’t be done.”

As its name suggests, the Asian giant hornet is native to Asia; it is the largest hornet species in the world, with queens growing to about two inches long. When they invade a honey bee hive, they decapitate the bees and take their thoraxes back to their own nest to feed their young, quickly wiping out the bee colony. While Japanese honey bees have defenses against this predation, including surrounding a hornet and vibrating their bodies to produce heat that kills the invader, honey bee species in the US have no effective way to fend them off. “They’re sitting bees—or sitting ducks,” Looney said in a presentation delivered in February.

See “War Dance of the Honeybee”

“It’s a shockingly large hornet,” says Todd Murray, an entomologist and invasive species specialist at Washington State University (WSU), in an article in a campus publication. “It’s a health hazard, and more importantly, a significant predator of honey bees.” The hornets don’t often sting people, but when they do, their stings are venomous and uncommonly painful, the Times notes. The stingers can penetrate protective beekeeper suits.

In addition to the sightings in northwest Washington, Asian giant hornets have been found across the border in southwest British Columbia, including a colony that was eradicated on Vancouver Island last September. In his presentation, Looney notes it’s not known how the insects reached North America, but that the most likely scenario is that queens stowed away on ships.

According to the WSU article, the hornets were likely to have grown active again in April as queens emerge from hibernation. University researchers are urging people in the area to learn how to identify the insects and to report any sightings. 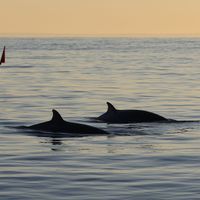 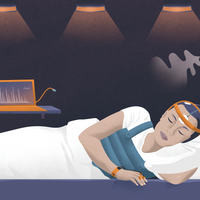