This year’s Nobel Prize in Physiology or Medicine goes to Harvey Alter of the US National Institutes of Health, Michael Houghton of the University of Alberta, and Charles Rice of the Rockefeller University “for the discovery of Hepatitis C virus,” the Nobel Assembly at the Karolinska Institute announced today (October 5).

“When the virus was discovered, it killed half a million people every year. This discovery led to the characterization of the virus and led to the development of tests by which you can screen blood products,” Jens Bukh, a virologist at the University of Copenhagen who has worked with Alter, tells The Scientist. “This literally eliminated hepatitis C as a transmissible agent from blood transfusions.”

“Canada won a Nobel Prize in Physiology or Medicine in 1923, and no researcher at a Canadian university has won since then. This is a huge boost for our university, for the province of Alberta, and for Canada,” Lorne Tyrrell, the founding director of the Li Ka Shing Institute of Virology at the University of Alberta, tells The Scientist.

In the 1970s, Alter’s lab studied the occurrence of hepatitis in patients who received blood transfusions. While blood tests for the then–newly discovered hepatitis A and B reduced the frequency of transfusion-related hepatitis, Alter and his colleagues showed that a large number of cases remained. Alter later determined that blood from these hepatitis patients could transmit the disease, which he called “non-A, non-B hepatitis,” to chimpanzees, the only known susceptible hosts other than humans.

“We always thought this third form of hepatitis existed, but no one could find the virus that caused it,” Tyrrell says.

Houghton, who worked for the pharmaceutical company Chiron at the time, collected genomic fragments from nucleic acids in infected chimpanzees, theorizing that some of these fragments would be derived from the unknown virus. His team then used patient sera, which Houghton theorized would have antibodies against the virus, to find cloned viral DNA fragments that encoded viral proteins, with one positive match that they named hepatitis C, a novel RNA virus in the flavivirus family.

Following Houghton’s discovery, Rice, then a researcher at Washington University in St. Louis, sought to understand if the virus alone could cause hepatitis. His team uncovered a region at the end of the hepatitis C viral genome that Houghton suspected could be important for replication. He also found that new virus was highly varied and hypothesized that some of these variations might hinder virus replication. Rice genetically engineered a highly infectious variant, which included the newly discovered region of the viral genome and did not have the inactivating genetic variations, and injected this directly into the liver of chimpanzees. The team found the virus in the chimpanzees’ blood and observed the liver deteriorate, similar to hepatitis C cases in humans, demonstrating that the virus caused the unexplained cases of transfusion-related hepatitis.

In 2014, the World Health organization released its first hepatitis C treatment guidelines, and the US Food and Drug Administration approved the first combination pill to treat the disease.

The three scientists will share 10 million Swedish kronor, or about $1.12 million. In 2013, Houghton turned down $100,000 from the Gairdner Foundation for an award recognizing his hepatitis C research because it did not include two colleagues—Qui-Lim Choo and George Kuo—who worked with him to identify and clone the virus.

“Especially in this day and age with the pandemic, this is the biggest success story for any positive strand virus, outside of the vaccination for polio, in terms of controlling a viral disease,” Brett Lindenbach, a virologist at Yale University who worked in Rice’s lab for many years, tells The Scientist. “We don’t have a vaccine for hepatitis C, but the efforts of Charlie Rice and other groups led to the discovery of antiviral compounds.” 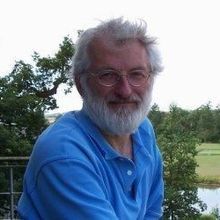