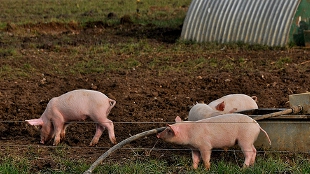 Once an antibiotic resistance trait is established in a colony of bacteria, it might not be easy to get rid of,  according to research from McGill University in Montreal, surprising evolutionary biologist who expected the genes to be lost over time.

To test the long-held idea that resistance genes are energetically “expensive” to an organism, and that they would be dropped if not continually challenged by an antibiotic-laden environment, researchers took a herd of university-farmed pigs that were not treated with antibiotics since 2007 and tested for resistance.  Even after 2.5 years, the bacteria retained the resistance to the antibiotic chlortetracycline, reported ScienceNOW.