ABOVE: Peter Harper (left) was welcomed into the Learned Society of Wales by Welsh chemist John Cadogan in 2011.
COURTESY OF THE LEARNED SOCIETY OF WALES

Known for his work on myotonic dystrophy and Huntington’s disease, Harper became a widely respected voice in the field of medical genetics in the late 20th century, tackling both the technical aspects of molecular diagnosis and the social implications of using such approaches in the clinic.

“Peter’s impact in clinical genetics was colossal,” reads a statement posted on Twitter by the All Wales Medical Genomics Service, a genetic testing and counseling service that Harper helped develop during his decades-long career at the University of Wales College of Medicine (now merged with Cardiff University). “His work has benefitted countless people affected by inherited conditions across the globe and profoundly influenced the development of genetic and genomic medicine both in Wales and internationally.”

Born in 1939 in Barnstaple in southern England, Harper grew up with a strong interest in the natural world. In 1961, he completed a degree in physiology at the University of Oxford, focusing particularly on zoology and genetics. He earned a medical degree from Oxford a few years later.

This mixture of basic and applied science would help define the course of Harper’s career. “The scientific aspects really enthused me very greatly,” Harper recalled in an interview with the History of Modern Biomedicine Research Group a few years ago. “I wanted to carry on something scientific as well as something medical, and genetics gave the opportunity to combine the two.” 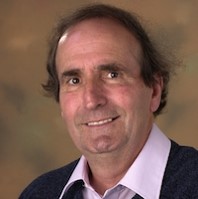 In 1967, after a few years spent working as a clinician, Harper went to study with Cyril Clarke at the University of Liverpool, and later, to Baltimore to work with Victor McKusick at Johns Hopkins University. Physicians by training, both Clarke and McKusick were interested in the potential of genetics to help researchers better understand human disease. Harper’s experiences with them “really gave me the skills with which I was able to come back and practice as a clinical geneticist,” he said in the History of Modern Biomedicine interview.

In 1971, Harper took up a post as a lecturer in medical genetics at the University of Wales College of Medicine in Cardiff. There, he focused his research on studying two disorders: myotonic dystrophy, a disease that causes muscle wasting and weakness, and Huntington’s disease, a progressive brain disorder that usually emerges in a person’s 30s or 40s.

Over the next several decades, Harper published multiple clinical and genetic studies of families with the conditions, and helped home in on the locations of the human genes responsible for myotonic dystrophy and Huntington’s. Work by Harper and his colleagues also contributed to an understanding of the mechanisms underlying the conditions, both of which are associated with trinucleotide repeat expansion, a particular type of genetic defect that can lead to chromosome instability and the subsequent loss or repetition of large sections of DNA.

In 1987, he established and became director of Cardiff University’s Institute of Medical Genetics, which would host the Medical Genetics Service (now the All Wales Medical Genomics Service) as well as academic and clinical researchers. At the time, there were very few institutes spanning such a broad range from basic science—including biochemistry and computer science—through to clinical practice and diagnosis, says Julian Sampson, a clinical geneticist at Cardiff University School of Medicine who came to work with Harper in 1989.

“It was quite an unusual vision that he had—but one that worked very well,” Sampson tells The Scientist. Harper encouraged people from across the institute to ask questions and “challenge dogma or the status quo,” Sampson adds. “The institute was always based around informal interactions. . . . It was kind of a special place.”

Harper was keenly aware of the medical and societal implications of his work, and wrote multiple academic articles and policy documents that tackled ethical issues surrounding prenatal testing and predictive genetics in Huntington’s and other disorders. “As Huntington’s disease is a model for other disorders of adult onset for which testing is becoming possible, the successful resolution of these ethical issues is of great importance,” he and a colleague wrote in FASEB Journal in 1992. “A failure to do so might discredit genetic testing as a whole.”

He was very highly regarded in the area of medical genetics because of that high-level perspective, and the ability to bring many different skillsets to bear on a particular issue.

His 1981 book Practical Genetic Counselling, aimed at healthcare professionals, has been translated into several languages and has become an essential text for genetic counselors and others working in clinical genetics. “It was probably the first book that really tried to set out the principles and the practical applications of genetic counseling,” Sampson says. “It proved to be immensely popular.” The eighth edition, edited by Cardiff University clinical geneticist Angus Clarke, came out in 2019.

After stepping down as the director of the Institute of Medical Genetics in 2000, Harper devoted time to documenting the history of his field, writing several books and articles on the topic, and traveling all over Europe to conduct interviews with 100 human geneticists—a series he summarized in a 2017 article marking the 50th anniversary of the European Society of Human Genetics. He also helped establish the Genetics and Medicine Historical Network, and wrote Landmarks in Medical Genetics, and later, A Short History of Medical Genetics. He was knighted for services to medicine in 2004, the same year he retired from the university.

In 2017, in one of his last published articles, Harper implored younger genetics researchers to learn from the history of their field. Referring to the problematic ideologies often associated with genetics—from eugenics in Europe to persecution of geneticists in the Soviet Union—he wrote: “Documenting and remembering these traumatic events, now largely forgotten among younger workers, is essential if we are to fully understand the history of human genetics and avoid the repetition of similar disasters in the future.”

This broad view is still relatively unusual in human genetics, says Sampson. “One of the great strengths that [Harper] had was to have this wide perspective and consider very much the social consequences, as well as the science. . . . He was very highly regarded in the area of medical genetics because of that high-level perspective, and the ability to bring many different skillsets to bear on a particular issue.”

Harper is survived by his wife Elaine and five children.