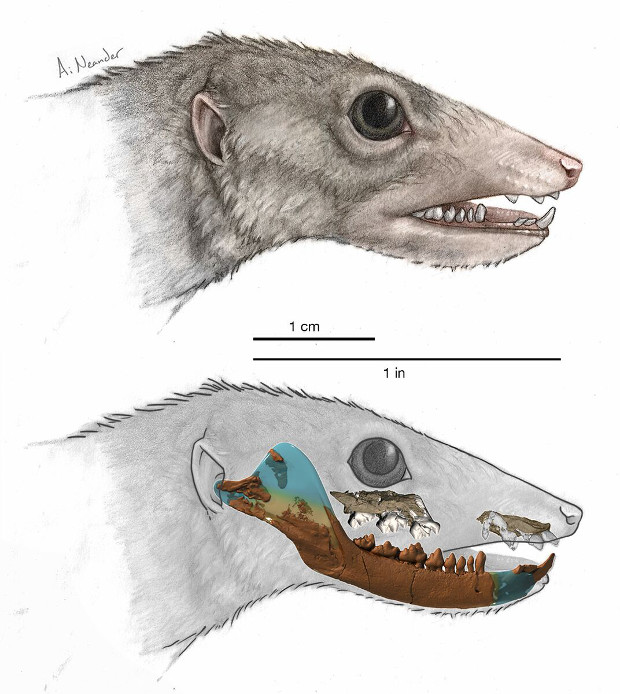 In the grand scheme of geologic time, plus or minus a million years isn’t all that much. But new research suggests that the diversification of mammals occurred a full 30 million years later than previously thought, placing the rise the mammalian class in the Jurassic and not the Triassic period. The results were published today (November 16) in PNAS.

A team of researchers working in Greenland in 1995 found the tiny, well-preserved jaw of Haramiyavia clemmenseni, a mouse-like proto mammal. Scientists including Neil Shubin, a professor of organismal biology and anatomy at the University of Chicago, spent the next two years examining the specimen with the best technology available at the time—a needle and pin vice under a microscope. “Somebody sat for two years preparing out the jaw and only incompletely,” Shubin said. “If you remove out...

The limited extraction of the fossil left many unanswered questions, including where haramiyids fit into the mammalian family tree. Now Shubin’s team believes it has an answer. The team used advanced technology including a CT scanner and 3-D modeling to examine the bones more closely. These technologies, “allowed us to scan inside the rock to remove the bones digitally and then we could see all sides, we could put the parts and counter parts together to see the jaw in its full glory,” Shubin told The Scientist.

What the researchers discovered was an animal with clear postdentary trough, a feature present in primitive animals for hearing. Modern mammals, in contrast, have three bones in the middle ear, which support hearing and balance. The conclusion is that H. clemmenseni is a very primitive precursor to modern mammals.

“They are, of course, related distantly to the origin of mammals, but much more distantly than was argued before,” said Guillermo Rougier, a professor of anatomical sciences and neurobiology at the University of Louisville, who reviewed the new paper but was not involved in the research.

Study coauthor Zhe-Xi Luo, a professor of organismal biology and anatomy at the University of Chicago, said the results of this latest analysis enabled the team to confidently place H. clemmenseni at the base of the mammalian family tree. “Imagine a huge tree,” said Luo. “This would be one of the first sideways twigs on the trunk, not part of the canopy.”

H. clemmenseni lived between 210 million and 208 million years ago, the researchers estimated. If the new scans of the fossil revealed an animal that was closely related to modern mammals, that would “imply that mammals appeared a long, long time ago—at the end of the Triassic,” said Rougier. “Instead, if these haramiyids are not closely related to mammals, then mammals appear substantially later. This paper defends the second position.”

Rich Cifelli, a zoology professor at the University of Oklahoma who was not involved with the study, said the new relative age of the mammalian class means that mammals likely evolved relatively quickly. “It makes a difference as to the rate of evolution. How long did it take for us to become the way we are? If our fossil at 210 million years old lies within mammalia,” he noted, “then we calibrate the molecular evolution is much more slowly than we thought.”

The new interpretation of the fossil means that mammals likely diversified during the Jurassic period after one of the largest mass extinction events of life on earth. “If this new data is taken at face value, what it suggests is that mammal diversification happened after those other creatures went extinct,” Shubin said. (See “Fossils Snarl Mammalian Roots,” The Scientist, August 2013.)

An obvious inference is that mammals were competing for the same ecological niches as those earlier creatures and, when new resources became available, their numbers and diversity took off. (See “Ancient Mammalian Fossil Found,” The Scientist, August 2013.)

“We may never know if that mass extinction was causal to the rise of mammals,” Shubin told The Scientist. “That’s the million-dollar question.”