DNA methylation status in a variety of tissues can accurately reveal the age of an animal, but previously discovered epigenetic clocks often aren’t evolutionarily conserved. In a study published today (February 14) in Genome Research, researchers describe a new clock, composed of methylation sites in ribosomal DNA. This timekeeper is found in species as diverse as mice, dogs, and humans, and reveals both chronological and biological age.

“It’s really interesting that the same kinds of methylation changes that have been observed over age in the main genome of mammals have also been found in . . . ribosomal DNA,” says Trey Ideker, a biologist at the University of California, San Diego, who did not participate in the study. “These ribosomal DNA changes are simply not measured by the methylation profiling everyone else is doing. They’ve filled in a blind spot.”

The nucleolus is the part of a cell’s nucleus where the tiny machines that make proteins, the ribosomes, are assembled. A big part of the nucleolus is the ribosomal DNA (rDNA), which encodes the RNA component of the ribosomes. In a 2017 study, researchers showed that small nucleoli could be an indication of cellular longevity, but no one had looked to see whether the rDNA was keeping time.

“The first question we had was whether we could build a clock with the rDNA only,” says coauthor Bernardo Lemos of the Harvard T.H. Chan School of Public Health. He and research fellow Meng Wang started by evaluating the landscape of methylation at spots in the rDNA where cytosine and guanine nucleotides are side by side in mice across a range of ages. They found hundreds of so-called clock sites that became more methylated with age and could accurately predict chronological age by considering methylation status at as few as 72 of these rDNA locations.

Many of the clock sites were conserved in the genomes of humans and dogs and their methylation status could also predict age in those species—often much more accurately than a larger group of methylation sites in non-rDNA areas of the genome.

“The big picture is that the rDNA clock can in principle be applied across a wide diversity of organisms,” Lemos says.

Wang and Lemos also determined that putting mice on a low-calorie diet—an intervention that makes animals live longer—led to less methylation at rDNA clock sites. According to their rDNA clocks, the calorie-restricted mice thus appeared to age more slowly than their counterparts that ate normal amounts of food. This is what’s referred to as “biological age.”

“It’s really striking that [this clock] is conserved in evolution,” says Adam Antebi, a biologist at the Max Planck Institute for Biology of Ageing in Germany who was not involved in the work. He highlights several open questions, including what these conserved methylation changes mean for nucleolar function and whether they are causal for aging or merely indicators that aging is happening. And “most of the work here is done very elegantly on the mouse model, but . . . what about humans?” Antebi adds. “They have a little bit of data on that, but that needs to be explored much more fully in the future.”

“One step is applying [what the rDNA can tell us] in a variety of settings: to human populations, to organisms of all kinds,” Lemos agrees. Future work will also focus on figuring out the mechanisms that drive genome-wide changes in DNA methylation during aging. “You can build clocks from different regions of the genome. It’s not [exclusive to] the rDNA,” he says. “Some of them work better than others, so clearly there’s something about DNA methylation that’s changing in concert across different sites and either changing with age or [driving aging]. It’s unclear what the direction is, so there is a lot of work to be done in this area.” 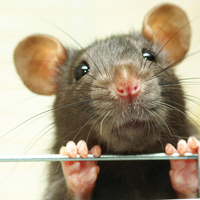