“Increased exposure to hot weather with climate change is likely to harm infant health,” write coauthors Alan Barreca, an economist at the University of California, Los Angeles, and Jessamyn Schaller, an economist at Claremont McKenna College, in the study. That’s because early birth is tied to poorer physical and mental health later in life.

Reviewing county birth rates around the time of extreme heat waves in the United States from 1969 to 1988, the researchers estimated that roughly 25,000 infants per year were born earlier than their due dates as a result of heat exposure, and that the heat led to the loss of 150,000 gestational days each year. Using data from climate models for the end of this century, they calculate pregnant women in the US will lose around 253,000 gestational days per year, with an additional 42,000 early births annually.

“More study needs to be done,” Mitchell Kramer, the chair of obstetrics and gynecology at Northwell Health’s Huntington Hospital in New York who was not involved in the study, tells HealthDay, “but certainly we must help protect pregnant women from extremes of heat as well as work on the causes of climate change.”

What causes pregnant mothers to have their babies earlier in hotter weather isn’t clear, but scientists have suggested heat leads to cardiovascular stress, which can induce pregnancy, or heat increases the levels of oxytocin, a hormone plays a role in labor, Time reports.

“There may even be a third cause,” Barreca tells Time, “which is loss of sleep. Minimum temperature on a hot day occurs at night, but it can still be hot enough to disrupt sleep, and that might be an important avenue to early birth.”

“Electrification and access to air conditioning should be a part of any effort to protect pregnant women and infants in developing countries,” Barreca tells The Guardian. “But developed countries, like the US or England, should be paying developing countries to electrify with renewable sources, like wind or solar, so we avoid producing more greenhouse gas emissions.” 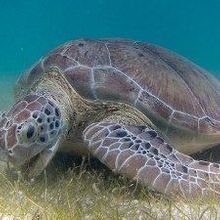 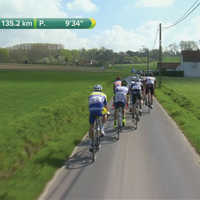