At a recent American Chemical Society Meeting in Boston last month, an ongoing disagreement over a particular tool for detecting and visualizing RNA in living cells, called SmartFlares, reached a fever pitch. At one point, Chad Mirkin, a chemist at Northwestern University who helped develop the technique, called outspoken critic Raphael Levy, a biochemist at the University of Liverpool, a “scientific terrorist.”

“It’s certainly not the sort of culture and atmosphere that is conducive to debate and to addressing these very important issues,” Levy tells The Scientist. Mirkin did not comment on the incident.

The debate over SmartFlares has been going on for years. The tool, which had been made commercially available by MilliporeSigma in 2013, detects RNA in live cells.

There are over 40 papers reporting the successful use of such structures.

The idea behind SmartFlares is straightforward: The probes enter cells via endocytosis, each one consisting of a gold nanoparticle attached to an oligonucleotide that encodes the target sequence. The probe contains a fluorophore, which does not emit fluorescence as long as it’s in close proximity to the gold core. But when the probe meets its target RNA, this will displace the fluorophore and cause it to glow.

The scientific community initially embraced the probes. For instance, in 2013, it earned a spot in The Scientist’s Top 10 Innovations of the year, selected by an independent panel.

But according to Levy, the probes do not work.

Escape from the endosome

Levy’s theory is that when the particles enter the cells, they become trapped in endosomal compartments within the cell, and do not enter the cytoplasm where they need to be in order to detect RNA. This conclusion is based on his own experimental work, he says.

It was this point that made the discussion heated during the meeting in August. According to an attendee who asked to remain anonymous to avoid involvement in the dispute, Levy and Mirkin had a back-and-forth after Mirkin’s presentation. But at Levy’s third question—“How much of the flares really escape the endosomes?”—Mirkin reportedly got upset and the exchange became unpleasant.

Weibo Cai, an associate professor in biomedical engineering at the University of Wisconsin-Madison, who was present at Mirkin’s presentation, says he didn’t think the heated discussion was a “big deal” and does not recall the name-calling, he writes to The Scientist in an email. “I think they probably have had the debate multiple times before,” he adds.

Mirkin disagrees with Levy’s assessment of the endosome entrapment. “Levy’s narcissistic approach is akin to, ‘I bought an airplane, and I can’t make it fly. Therefore, planes don’t fly, despite the fact that I see them all above me,’” he tells The Scientist.

Mirkin stresses the number of studies in which the probes have been used successfully: “There is no controversy . . . There are over 40 papers reporting the successful use of such structures, involving over 100 different researchers, spanning three different continents,” he writes to The Scientist in an email. “I think the data and widespread use of such structures speak to their reliability and utility for measuring RNA content in live cells,” he adds.

However, several researchers have flagged issues with the tool in recent years, for different reasons.

Alejandra Pera, a postdoc in immunology at the University of Córdoba, says she had difficulties in getting her cells to take up the probes to begin with. During an experiment four years ago, she wanted to be able to study certain microRNAs related to inflammation in natural killer (NK) cells by flow cytometry. “However, our studies led us to the conclusion that NK cells do not capture the probes, not even the positive control that should be capture[d] by all cells,” she writes to The Scientist in an email.

MilliporeSigma has since withdrawn all SmartFlare probes from the market.

Pera says that when she contacted MilliporeSigma, the company explained to her that those particular cells are not permeable to SmartFlare probes, an issue she had been unaware of. She then tried T cells, but did not achieve good results with those either.

Sanjay Tyagi, who is working on another method for RNA visualization at Rutgers New Jersey Medical School, says cellular uptake is one of the challenges when developing such tools. For these reasons, he microinjects different probes, known as molecular beacons, into cells directly. “Although it should be easy to detect RNA—just make a fluorescent oligo that is complementary to the sequence of the RNA—in practice, there are a number of issues,” he writes in an email. However, he points out, he hasn’t tested SmartFlares himself.

SmartFlare probes are designed to be resistant to digestion by nuclease enzymes because of the star-like assembly of the complementary DNAs, explains Sven Budik, a biologist the University of Veterinary Medicine in Vienna. Last year, he used the tool to investigate gender-specific mRNAs in early horse embryos. Although the cells did take up the probes, he says, he was disappointed with the results.

“At first it was looking good because of the fluorescence, but then we realized it might not be a specific signal,” Budik says. Using a transmission electron microscope, he observed that the large majority of the SmartFlare particles stayed within the cells’ lysosomes, where they produced fluorescence. He believes the most likely explanation is that they are being degraded by enzymes there, rather than entering the cytoplasm. “I’m very disappointed in this [not] working because it would be a great tool for this purpose,” he says.

Joanna Bereta, a biochemist at the Jagiellonian University in Kraków, also encountered difficulties a few years ago when she wanted a tool to discriminate between cells expressing a certain species of mRNA and cells not doing so. She investigated why the tool didn’t work, eventually publishing a paper on this last year in Scientific Reports.

“In our work we did not observe any correlation between the signals of five different SmartFlare probes and the levels of their target mRNAs measured by qPCR, even where the differences in mRNA levels were huge,” she writes in an email to The Scientist.

MilliporeSigma has since withdrawn all SmartFlare probes from the market.

The product line has been discontinued because it “did not meet our expectations,” writes Karen Tiano, a spokesperson for MilliporeSigma in an email. “As with the field of biology, our customers’ projects were nuanced and we found over time that the technology was best suited for stem cell applications.” She remarks that the detection of RNA in live cells remains an promising avenue of research.

Unfortunately for her research, Bereta adds, there are few tools available for RNA detection and visualization in living cells. “Most of the existing methods for RNA quantification rely on fixation or lysis of the cells,” she writes.

A researcher in the field who requested not to be named to avoid the argument, says that the approach of using DNA-coated gold nanoparticles in general still has merit and deserves further research attention. However, he adds, the controversy around the commercially available tool has made it difficult for researchers to study this approach to DNA detection.

“I think what everyone has to understand is that unhealthy discussion leads to unsuccessful funding applications, with referees pointing out that there is a controversy in the matter. Referee statements like these . . . in a highly competitive environment for funding, simply drain the funding away of this topic,” he writes in an email to The Scientist. He believes a recent grant application of his related to the topic was rejected for this reason, he adds.

“Rather than attacking a new technology, [it’s] better to try to understand all its technical aspects through research,” the source says. “This is the only way to develop new commercial products that will benefit people.”

Correction (September 5): The sentence referring to Merck’s response was missing a “not.” The Scientist regrets the error.

Update and correction (September 7): We have added comment from MilliporeSigma about removing SmartFlares from the market. We have also corrected the article to say MilliporeSigma, rather than Merck. The Scientist regrets the error. 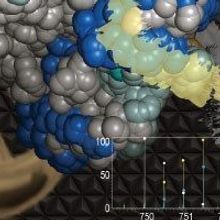