At both three and nine weeks after guinea pigs’ cochleae were treated with nanoparticles loaded with Hes1 siRNA, the authors observed what are likely immature hair cells. MODIFIED FROM X. DU ET AL., MOLECULAR THERAPY, 2018Loud sounds, infections, toxins, and aging can all cause hearing loss by damaging so-called hair cells in the cochlea of the inner ear. In a study published today (April 18) in Molecular Therapy, researchers stimulated hair cell renewal with small interfering RNAs (siRNAs) delivered via nanoparticles to the cochlea of adult guinea pigs, restoring some of the animals’ hearing.

“There are millions of people suffering from deafness” caused by hair cell loss, says Zheng-Yi Chen, who studies hair cell regeneration at Harvard University and was not involved in the work. “If you can regenerate hair cells, then we really have potential to target treatment for those patients.”

Some vertebrates—chickens and zebrafish, for instance—regenerate their hair cells after damage. Hair cells of mammals, on the other hand, don’t sprout anew after being damaged, explaining why injuries can cause life-long hearing impairments. Recent research suggests that there might be a workaround, by manipulating signaling pathways that can lead to hair cell differentiation. That’s where Richard Kopke comes in.

“My interest in hair cell regeneration for restoring hearing got peaked while I was in the military because there are so many people that have noise-induced deafness,” says Kopke, a physician who spent more than 20 years in the US Army and is now based at the non-profit Hough Ear Institute, a research organization in Oklahoma City. To help people with all types of hair cell loss, his team focuses on developing strategies for inducing regeneration in these cells.

Kopke’s group showed in 2013 that it could regenerate hair cells in cultured mouse cochlea. The researchers’ strategy involved delivering nanoparticles carrying siRNAs targeting Hes1, which is activated after hair cell damage in mammals and is known to inhibit the expression of genes that are necessary for hair cell differentiation. The idea is that interrupting Hes1 activity will free up the cells to regenerate.

To test their siRNA therapeutic strategy in vivo, Kopke and colleagues exposed anesthetized guinea pigs to constant loud noise for three hours. Then they tested the animals’ hearing and randomly divided the deafened animals into two groups: 11 guinea pigs received a 24-hour infusion of nanoparticles containing Hes1-targeted siRNAs, and nine got a control infusion of siRNAs with no expected activity. The nanoparticles carrying the sequences were delivered straight to the cochlea three days after deafening.

Images from the cochleae of guinea pigs show the presence of more hair cells in animals treated with a short interfering RNA that interrupts a gene upregulated after damage (right; control on left). Inner and outer hair cells (IHC and OHC) are labeled in green, stereocilia in yellow, and nuclei in blue. Arrowheads indicate ectopic hair cells.MODIFIED FROM X. DU ET AL., MOLECULAR THERAPY, 2018

Treated guinea pigs recovered the ability to hear some loud noises by three weeks after the intervention, and the recovery lasted until the end of the study at nine weeks. While control animals ended up lacking the majority of their hair cells, treated animals displayed less overall hair cell loss along with the presence of ectopic and immature hair cells, which the authors describe as signs of regeneration.

“We were really excited about the results because we found that hearing recovery was durable. It was robust. It was reproducible,” says Kopke.

“Nine weeks [of recovery] is pretty impressive in an animal model,” says Rachael Richardson, a hearing scientist at the Bionics Institute in Melbourne, Australia, who was not involved in the work. She says that the degree of hair cell loss in noise injuries can be variable within and between animals and because all the hair cell counts were done nine weeks after treatment, one open question is how many hair cells were left immediately after the noise deafening.

Jennifer Stone, who studies hair cell regeneration at the University of Washington and did not participate in the study, has also observed variability in the effects of noise damage. “A longitudinal study where you take a cohort of guinea pigs and follow each one individually over time would provide the opportunity to better understand the efficacy of the treatment,” she says.

Stone also suggests that an examination of which cells turn into the new hair cells—perhaps in mouse models for which many more tools are available—would help scientists understand the mechanism and determine if it’s due to the appearance of new cells or the repair of damaged ones.

“We have to be able to really demonstrate that this is new regenerated hair cells . . . not simply repair,” agrees Chen. As damaged hair cells in general cannot repair themselves, he explains, they’ll die relatively quickly. At that point, regeneration is the only option to recover hearing. He says that lengthening the time between the damage and the initiation of treatment to a month, which would give damaged hair cells time to die, would help distinguish between repair and regeneration.

Kopke already has plans to investigate the effectiveness of the treatment after longer periods of deafness and to explore different doses and delivery techniques. The ultimate goal of the work is to take the strategy into the clinic, where it can benefit people with hearing loss resulting from hair cell damage. Age-related hearing loss, noise-induced hearing loss, and toxin-related hearing loss account for two-thirds of cases of neurodeafness, says Kopke. “I think [the strategy] would be effective for any of those things.” 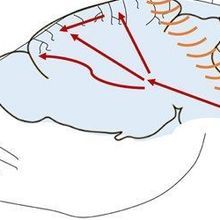 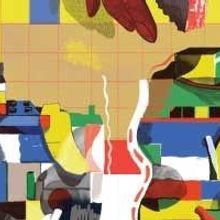