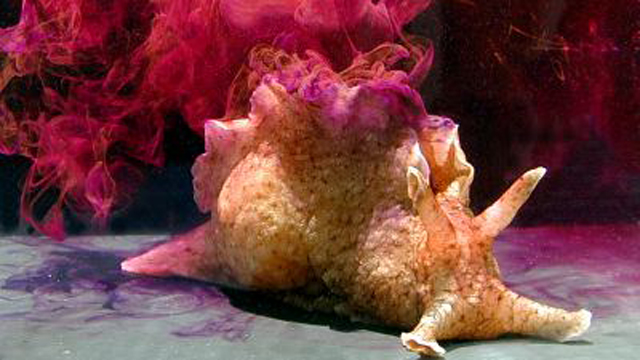 WIKIMEDIA, GENNY ANDERSONResearchers have transferred a memory from one snail to another via RNA, they report today (May 14) in eNeuro. If confirmed in other species, the finding may lead to a shift in scientists’ thinking about how memories are made—rather than cemented in nerve-cell connections, they may be spurred on by RNA-induced epigenetic changes.

“The study suggests that RNA populations are the missing link in the search for memory,” Bridget Queenan, a neuroscientist at the University of California, Santa Barbara, who was not involved in the study, writes in an email to The Scientist. “If circulating neural RNAs can transfer behavioral states and tendencies, orchestrating both the transient feeling and the more permanent memory, it suggests that human memory—just like mood—will only be explained by exploring the interplay between bodies and brains.”

For decades, researchers have tried to pinpoint how, when, and where memories...

Study coauthor David Glanzman of the University of California, Los Angeles, has been working on the cell biology of learning and memory for nearly 40 years, and says for the majority of that time he believed memory was stored at synapses. Several years ago, though, he and his colleagues began replicating memory-erasing research done in rodents in California sea hares (Aplysia californica), a type of marine snail also called a sea slug. The team found that the snail synapses built to “store” a memory weren’t necessarily the synapses that were removed from the neural circuits in the memory-erasing experiments.

“It was completely arbitrary which synaptic connections got erased,” Glanzman says. “That suggested maybe the memory wasn’t stored at the synapse but somewhere else.”

Glanzman turned his attention to RNA because of those earlier hints it was related to memory, and also because of recent experiments suggesting long-term memory was stored in the cell bodies of neurons, not synapses. He picked Aplysia because it has been a longtime model organism for memory studies. Like all mollusks, these snails have groups of neurons called ganglia, rather than brains. Their nervous systems comprise about 20,000 neurons, and the cells are some of the biggest and easily identifiable among nerve cells in all animals. In the snail’s gut, for example, are specific sensory and motor neurons that control the withdrawal of a fleshy, spout-like organ on the snail’s back called a siphon and the contraction of a caterpillar-looking gill, which the animal uses to breathe.

When touched lightly on the siphon, the neurons fire, retract the tissue, and contract the gill within the body cavity for a few seconds to protect it against attack. Sticking electrodes in the snail’s tail and shocking it makes this defensive response last longer, tens of seconds, and sometimes up to almost a minute. By repeatedly shocking the snail’s tail, the animal learns to stay in that defensive position when touched on the siphon, even weeks after the shocks end.

This idea is probably going to strike most of my colleagues as extremely improbable.

In his team’s latest experiments, Glanzman and his colleagues zapped snails’ tails, then pulled the abdominal neurons from the shocked snails, extracted their RNA, dissolved the RNA into deionized water, and injected the solution into the necks of snails that had never been shocked. (For a control, the team also took RNA from non-shocked snails and injected into naive snails.) When tapped on the siphon 24 hours later, snails that got RNA from shocked snails withdrew their siphon and gill for significantly longer (almost 40 seconds) than did snails that got RNA from non-shocked animals (less than 10 seconds).

DNA methylation appeared to be essential for the transfer of the memory among snails. When Glanzman and his colleagues blocked DNA methylation in snails getting RNA from shocked ones, the injected snails withdrew their siphons for only a few seconds when tapped on the siphon.

The idea “seems quite radical as we don't have a specific mechanism for how it works in a non-synaptic manner,” Bong-Kiun Kaang, a neuroscientist at Seoul National University who was not involved in the study, writes in an email to The Scientist. Kaang notes there are “many critical questions that need to be addressed to further validate the author’s argument,” such as what kinds of noncoding RNAs are specifically involved, how are the RNAs transferred among neurons, and how much do RNAs at the synapse play a role? The experiments should also be replicated in organisms other than snails, he says.

Glanzman says that in his next experiments he will attempt to identify the RNAs involved, and he has an idea for the mechanism, too. The memory is not stored in the RNA itself, he speculates—instead, noncoding RNA produces epigenetic changes in the nucleus of neurons, thereby storing the memory.

“This idea is probably going to strike most of my colleagues as extremely improbable,” Glanzman says. “But if we’re right, we’re just at the beginning of understanding how memory works.”