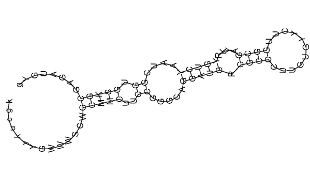 Small nucleolar RNA molecules kill cells exposed to too much fat, according to a paper publishing in the July 6th issue of Cell Metabolism. The finding suggests a new role for the RNA molecules, which are known to modify ribosome function, and provides a potential new target for metabolic diseases and complications from diabetes.

"This is a very intriguing observation," said Barsanjit Mazumder who studies ribosomal modifications at Cleveland State University and was not involved in the research. If confirmed, it would be the first time these RNAs are implicated in metabolic disease.

Even after blood sugar has been appropriately regulated, diabetic patients often suffer from complications, such as heart failure, renal dysfunction and a reduction in the number of B cells in the immune system. Previous research had implicated high fat exposure in cells types that aren't used to dealing with it, such...

The authors cultured Chinese hamster ovary (CHO) cells in high fat and then screened for mutants that could survive in the toxic conditions. They then scanned the genomes of the survivors to discover a mutation in a single ribosomal gene that prevented its transcription. But when they inserted a wildtype version of the ribosomal protein into the mutant CHO cells, instead of once again becoming susceptible to the high-fat conditions, the cells survived, indicating that the altered ribosomal protein itself wasn't causing the fat-resistance.

Schaffer’s team then took a second look at the ribosome's sequence in the mutant cells and noticed that within the intronic regions of the gene, there were a second set of genes that encode three small RNA molecules that are normally expressed in the nucleolus -- the site within the nucleus where ribosomes are translated. The snoRNAs typically help convert newly translated ribosomes into their functional forms, but as a result of the mutation in the ribosomal gene, the fat-resistant mutant cells lacked the RNAs altogether.

Reintroducing the wildtype snoRNAs back into the mutant cells resulted in cell death, suggesting that the presence of the snoRNAs somehow instigated cell death in high-fat environments.

Intriguingly, the effect wasn't limited to stress from too much fat. When the authors exposed these snoRNA-lacking cells to other types of oxidative stress—such as exposure to hydrogen peroxide, which would kill most cells—they survived, suggesting the RNAs help regulate cell death from a wide range of stressors. However, the authors found that all three snoRNAs were required to restore normal cell death.

Still, some researchers would like more details about how these nucleolar RNAs might be involved in pathogenesis of the disease.  "The paper is not telling the mechanism," said Mazumder. Other lingering uncertainties include why all three RNAs are required, and whether the strong response observed in the CHO cells can be replicated in more physiologically relevant cell-types and animal models.

Schaffer’s lab did replicate the experiment in muscle cells and in a mouse model of liver oxidative stress, for example, and found a similar, albeit more modest, effect, said Miriam Cnop, a diabetes researcher from the Universite Libre de Bruxelles. But this observation is just the beginning, said Schaffer. "We're very curious how these snoRNAs are made in mammalian cells, what are their targets are, and how they contribute to disease processes," she said.