The McGill University paleontologist, who died from COVID-19, was known for using multidisciplinary methods to explore the origins of amphibians, birds, and mammals.

ABOVE: The Redpath Museum in Montreal, where Robert Carroll had been the director
WIKIMEDIA, DADEROT

Robert Carroll, a vertebrate paleontologist at McGill University who helped combine paleontology with evolutionary biology and genetics, died on April 8 as a result of COVID-19 at the age of 81.

He was a professor emeritus of biology at McGill University, where he conducted research from 1964–2003. He had also been a curator and eventually director of the Redpath Museum in Montreal. He was the “academic grandfather of Canadian paleontology,” Hans Larsson a paleontologist at McGill University tells The Scientist. “So many of his students and then their students have gone on to create this big critical mass of vertebrate paleontology in Canada. So much so that we organized and created our own society,” the Canadian Society of Vertebrate Paleontology. 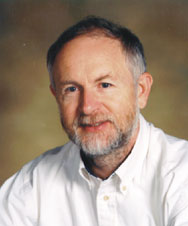 According to the Redpath Museum website, Carroll was well known for having identified the oldest known ancestor of all reptiles, birds, and mammals.

Carroll was born in Kalamazoo, Michigan, in 1938. An article about him winning the Romer-Simpson medal says Carroll had been interested in paleontology early in his childhood. His parents took him to visit digging sites in South Dakota and Wyoming. As he grew up, his passion never waned; it led him to obtain a bachelor’s degree in geology from Michigan State University and a PhD from Harvard University.

He studied amphibians using molecular developmental biology methods to determine what made fish climb onto land and evolve into the land-dwelling species alive today. Carroll described the idea that the aquatic ancestors crawled out of the water to warm themselves in the sun, making them more active and helping them catch fish. Over time, they evolved larger fins and eventually limbs that resembled hands or feet that helped them move more easily on land.

Later in his career, he focused on how amphibians such as frogs evolved to lay eggs that hatch and mature in the water but grow into animals that live on land. He was “not the kind of scientist where he would sit down and focus on one topic for the rest of his career,” says Larsson. “He was really interested in sort of new ideas like, ‘how can developmental biology be incorporated into paleontology?’ And these big, big sort of macro-scale questions.”

Carroll’s work was recognized with several awards, including the Romer-Simpson Medal in 2004, the Willet G. Miller Medal in 2001, and the Charles Schuchert Award in 1987. He became a fellow of the Royal Society of Canada in 1993 and was appointed to the Order of Canada in 2019.

A former McGill student, Emily Bamforth, now a curatorial assistant at the Royal Saskatchewan Museum, tweeted, “Bob Carrol was a giant in the palaeontology world. I had the honour of knowing him when I was a student @mcgillu. Though a professor emeritus at the time, he came in almost every day, bounding up the stairs of the @RedpathMuseum, two at a time. He will be deeply missed.”

According to an obituary in the Montreal Gazette, the Society of Vertebrate Biology is working on setting up an award in his name.

Carroll is survived by his wife, Anna DiTuri, his son David, his granddaughter Juliette, and his extended family, Angela, Vito, Filomena, and Vito.