Roger Unger, who studied the hormonal underpinnings of diabetes for more than 60 years, died on August 22 at age 96. During his long tenure at the University of Texas Southwestern (UTSW) Medical Center that ended in July when he retired, he discovered the roles of the hormones glucagon and insulin in controlling blood sugar levels in the body.

Born in 1924 in New York, Unger attended Yale University and Columbia University during his medical training before spending the majority of his professional career at UTSW, where he was one of the longest-serving faculty members. He was the founding director of the Touchstone Diabetes Center, and his work helped elevate the institution to a world leader in the study and treatment of diabetes and related endocrine disorders. For his significant contributions to the field, he was awarded several honors, including the Banting Medal (1975), the Claude Bernard Memorial Medal (1980), the Fred Conrad Koch Award (1983), and the Rolf Luft Award in 2014 from the Karolinska Institute. 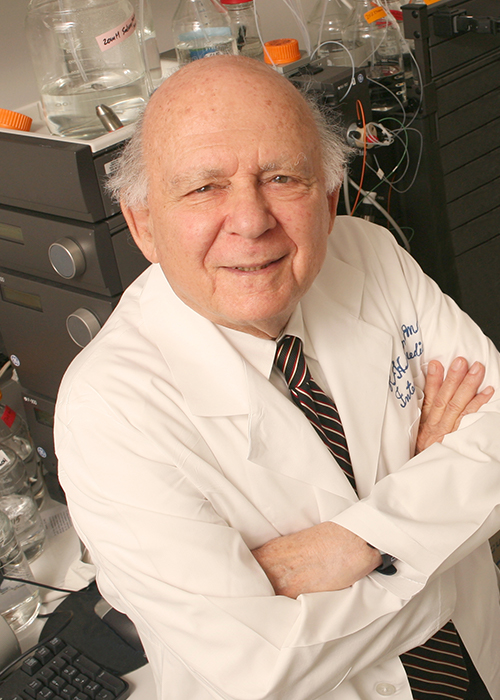 “Dr. Unger was a visionary endocrinologist who helped shape research and clinical practice in the field for more than 60 years,” Daniel Podolsky, president of UTSW, shared in an obituary. “His outstanding contributions in endocrinology and metabolism set the foundation for many of the important discoveries in these areas.”

Shortly after joining UTSW in 1956, Unger carried out experiments establishing glucagon as a true hormone involved in glucose production. Following this link, he next demonstrated the bihormonal nature of diabetes, showing that the high blood sugar characteristic of the disease stems not only from a lack of insulin, but also an overproduction of glucagon that increases glucose production. More recently, he had shown that blood glucose could not rise without abnormally high levels of glucagon. “Glucagon is the main culprit in diabetes, and if we can block its action, diabetes vanishes,” Unger said in a 2018 video about his work.

Throughout his career, he also focused on the interplay between obesity, diabetes, and metabolic syndrome, studying how combinations of risk factors led to the development of heart disease and type 2 diabetes. Unger was the first to introduce the concept of lipotoxicity, a metabolic syndrome that occurs when fatty acids accumulate outside of adipose tissues, causing damage to the kidneys, liver, and heart.

As one of the preeminent diabetes scholars, he was uniquely poised to research treatments as well. In 1978, Unger and his colleagues provided evidence that administering the glucagon-suppressing hormone somatostatin normalized glucose levels in patients with type 1 diabetes. Throughout the late 2000s, Unger also found that the hormone leptin was capable of suppressing glucagon in mice, thereby reversing high blood glucose and dampening lipotoxic effects by increasing the oxidation of errant fatty acids. “The fact that these animals don’t die and are restored to normal health despite a total lack of insulin is hard for many researchers and clinicians to believe,” Unger said in a press release in 2008.

Unger remained active as a physician and researcher until the months before he died, still at work on new experiments. “Every time I decide to retire, we stumble on something exciting,” he shared in the 2018 video. “It’s too good to let go, so we’ll keep going as long as we have good ideas.”

He is survived by his brother, his wife Marlise, and their four children.