One problem with the rotavirus vaccine—a preparation typically given by mouth to babies—is that it doesn’t work as well in low-income countries, where the majority of rotavirus deaths happen. There were hints from earlier studies that the composition of recipients’ microbiomes might be having an effect on vaccine effectiveness, which perhaps could explain why the rotavirus immunization isn’t consistent. In a study published today (August 8) in Cell Host & Microbe, researchers have confirmed that the microbiome does indeed play a role in vaccine responses. In the double-blind, placebo-controlled study, men who received antibiotics before getting a rotavirus vaccine dose had a more robust immune response than those who didn’t.

“It’s an elegant study and raises a number of really interesting questions that people can now start to explore further,” says Julie Bines, a pediatric gastroenterologist at the University of Melbourne in Australia who did not participate in the study. “The issue of why rotavirus vaccines don’t work as well in developing or low-income countries as in high-income countries has been perplexing. If we can address [this issue] then we can ensure that those children can be better protected when they receive a rotavirus vaccine.”

In 2017, Vanessa Harris, a physician and researcher at the University of Amsterdam in the Netherlands, and colleagues showed in two studies that the gut microbes of infants in both Pakistan and Ghana affected their responses to the rotavirus vaccine. “We saw that the bacterial microbiome was different in the responders and the nonresponders, so then that made us think that if you change the microbiome then maybe you can change the vaccine response,” Harris tells The Scientist.

Investigating which bacterial taxa correlate with greater antibody levels and antigen shedding may make it possible to use those bacteria specifically to improve vaccine responses.

To test the idea that the microbiome might be one of the reasons that oral vaccines—specifically, rotavirus vaccines—are underperforming in these settings, Harris and colleagues recruited 66 healthy men who had been previously exposed to rotavirus and assigned them randomly to three groups. One group took broad-spectrum antibiotics for a week, the second a narrow-spectrum antibiotic, and the control group nothing. After the treatment, they all received the oral rotavirus vaccine.

The investigators did not see a difference in anti-rotavirus antibody levels 28 days after the vaccine as they had expected, possibly because the men had already been exposed to rotavirus. But one week after treatment, subjects who took the narrow-spectrum antibiotic showed a temporary boost in anti-rotavirus antibodies. The researchers also detected viral antigens in the stools of both groups that received antibiotics, but not in the control group, which suggests the vaccine virus was able to replicate within the intestine. And because antigen shedding correlates with vaccine protection in infants, the team viewed this as a positive outcome.

“The results are very modestly positive, with the shedding data being the most robust,” Miren Iturriza-Gomara, a virologist at the University of Liverpool in the UK who did not participate in the study, writes in an email to The Scientist. Future research should aim to identify the bacterial taxa and species interacting with the vaccine, she adds, “as this could lead to the development [of] a prophylactic treatment which is fine-tuned to enhance vaccine responses and potentially gut health, rather than going down the route of fairly indiscriminate use of antibiotics, which will at the very best be a very blunt tool.”

Harris acknowledges that there are caveats to the work. For one, the trial is in adults, not infants—the vaccine’s target population. In the study the authors discuss the challenge this issue presents for directly translating this work to the clinic. But Harris says that investigating which bacterial taxa correlate with greater antibody levels and antigen shedding may make it possible to use those bacteria specifically to improve vaccine responses.

“Ultimately, the hope would be that you could then apply that to rotavirus vaccine candidates or existing rotavirus vaccines and improve their performance,” she says. “But there are a lot of steps before you get there, so I think this is really a proof of principle that shows that it’s worth the effort.” 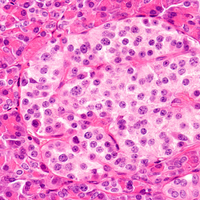