Russian President Vladimir Putin announced today (August 11) that his country had won the global race to approve a vaccine against COVID-19, several news outlets have reported. Despite having only been in clinical trials for less than two months, the vaccine developed by the Gamaleya Institute in Moscow is safe, Putin said at a televised cabinet meeting, noting that it has already been given to one of his daughters, according to Reuters and The Washington Post. The government plans to first vaccinate high-risk groups such as healthcare workers and teachers, with mass vaccination starting in October after large-scale production begins, according to the Associated Press.

“It works effectively enough, forms a stable immunity and, I repeat, it has gone through all necessary tests,” Putin said at the meeting, according to The New York Times.

Researchers around the world, including in Russia, expressed worries that Gamaleya and its collaborators may be cutting corners of vaccine development, with no safety or immunity data yet released from ongoing early stage trials, and no Phase 3 trial yet underway. “Fast-tracked approval will not make Russia the leader in the (vaccine) race, it will just expose consumers of the vaccine to unnecessary danger,” Russia’s Association of Clinical Trials Organizations said Monday as it cautioned against the vaccine’s premature approval, according to the AP.

“The collateral damage from release of any vaccine that was less than safe and effective would exacerbate our current problems insurmountably,” agrees Imperial College London immunologist Danny Altmann in a statement quoted by several news outlets.

The vaccine uses an adenovirus vector studded with SARS-CoV-2 spike proteins. According to the AP, Kirill Dmitriev, chief executive of the Russian Direct Investment Fund, told reporters this week that Phase 3 testing in the UAE, Saudia Arabia, the Philippines, and elsewhere could start as early as tomorrow and include “several thousand people.”

The World Health Organization (WHO), which last week urged Russia to follow international COVID vaccine development guidelines, according to the BBC, says it’s now in talks with the country for a possible “WHO prequalification,” according to Reuters. 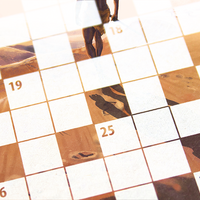