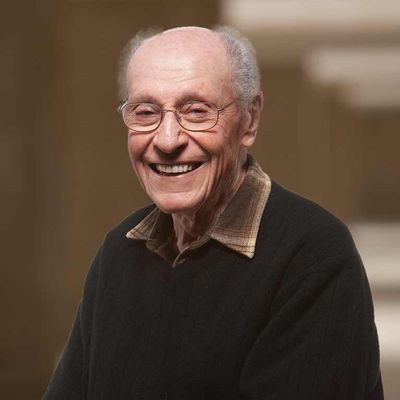 Melvin Cohn, a cofounder of the Salk Institute who was renowned for his work in immunology and gene regulation, died October 23 in San Diego. He was 96.

“Mel Cohn has been a mainstay of the Institute since its very first days,” Rusty Gage, president of the Salk, says in a press release. “He has stood with Salk through its entire history and all of us will miss his presence and his wisdom.”

Cohn joined the institute in 1961 after a personal invitation from Jonas Salk to work there as a founding fellow and researcher. Over the past 57 years, he studied the body’s immune system, including the evolutionary selection pressures that shape it, and showed that immune cells and antibodies respond directly to infection and pathogen exposure to protect the body. He also developed computer models to predict immune behavior.

Cohn was born in 1922 in New York City. His parents were legal professionals, yet Cohn attended City College of New York and chose to study physics, graduating in 1940. He earned a master’s degree at Columbia University, according to The San Diego Union-Tribune, and then was drafted into the Army in 1943, serving in a medical unit doing research. In 1945, he was sent to Hiroshima to study the after-effects of dropping the atomic bomb on the city.

When the war ended, Cohn attended New York University, earning a doctoral degree in biochemistry. His research focused on antibodies at the time. Afterward, he moved to the Pasteur Institute in Paris where he worked with French biochemist Jacques Monod on describing a set of E. coli genes called lac operon, which encode proteins that break down sugar, specifically lactose, and exploring how genes turn on and off. Monod went on to win the 1965 Nobel Prize in chemistry for the work.

Cohn moved to the Washington University School of Medicine in St. Louis in 1955, then Stanford in 1959, and ultimately attracted Salk’s attention. When looking for land for his new institute, Salk asked Cohn to show him around. The duo’s friendship grew, and Cohn ultimately accepted when Salk asked him to be one of the institute’s founding researchers, along with Bourgeois-Cohn.

“Mel helped to make Salk what it is today,” Bourgeois-Cohn says. “I and his many friends will miss him terribly.”