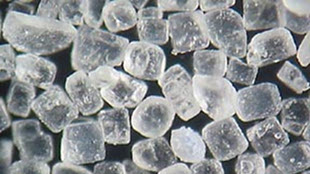 MICHEL32NL AT NL.WIKIPEDIASalt may play an important role in autoimmune diseases, according to two new papers published today (March 6) in Nature. Exposure to high levels of salt was found to make both cultured mouse and human T cells more pathogenic, and high-salt diets worsened autoimmune disease in mice.

“I thought the papers were very exciting and provocative,” said John O’Shea, a doctor at the National Institute of Arthritis and Musculoskeletal and Skin Diseases (NIAMS), who wrote a Nature commentary accompanying the new findings and was not involved in the study.

Lawrence Steinman, a neurologist and immunologist at Stanford School of Medicine, who was also not involved in the work, said, “I think it’s beautiful research looking at the pathways that feed to one of the major types of autoimmune cells.”

The first research team, based at Harvard University, the Massachusetts Institute of Technology (MIT), and...

Under ordinary circumstances, T helper cells protect the body from pathogens, and each differentiated T helper cell type specializes in a different type of invader. The TH17 cells target bacteria and fungi. But a certain flavor of TH17 cells, which the researchers call “highly pathogenic,” appears to be involved in attacking the body’s own cells.

To understand how TH17 cells come to be, Aviv Regev, a computational biologist at the Broad Institute and MIT, worked with colleagues to take snapshots of regulatory circuits as T helper cells developed into TH17 cells. Collaborating with the lab of Vijay Kuchroo of Brigham and Women’s Hospital, the researchers organized the proteins into a hierarchy of importance as nodes in regulatory pathways that influenced the development of TH17 cells, which they published in a third paper in Nature today. The enzyme SGK1 was at the top of their list.

Knowing that SGK1 is involved in mediating salt uptake in the gut and salt reabsorption in the kidneys, the researchers decided to see what happened if they added extra salt to the cells.  Not only were the salt-cultured mouse T helper cells more likely to develop into TH17 cells, but the cells that developed were more pathogenic. When the researchers fed mice a high-salt diet and induced EAE, a mouse model for multiple sclerosis, the mice showed worse symptoms than usual. When they knocked out SGK1, salt’s ill effects went away. “Salt has got this unique ability to convert the non-pathogenic cells to the pathogenic ones,” Kuchroo said.

Meanwhile, David Hafler’s lab at Yale University was coming to similar conclusions from the opposite direction. The group had completed a study where they measured TH17 cells in the blood of healthy human subjects, sequenced the people’s microbiomes, and had them fill out questionnaires about their diets. While the study was supposed to be focused on the influence of the microbiome, the researchers noticed that participants who frequently ate in fast food restaurants had elevated levels of pathogenic TH17 cells. They hypothesized that the saltiness of the food could be part of the explanation.

“That led to a whole series of experiments trying to figure out the role of salt,” Hafler said. Unlike Regev and Kuchroo’s labs, which looked at TH17 differentiation in mouse cells, Hafler’s lab added salt to human cell cultures. They also found that it was associated with more pathogenic TH17 cells. “Salt just seems to trigger all the genes associated with bad autoimmune T cells,” Hafler said.

He and colleagues looked at the genes expressed in the cells during development using a microarray chip. A variety of genes involved in salt-related inflammation, including SGK1, were upregulated, and a series of tests showed that several of these genes were necessary for salt to have its deleterious effect. Experiments in mice with EAE also supported the findings, and Hafler is now seeking grants to study the effects of a low-salt diet on autoimmune disease in humans.

“It suggests a very interesting hypothesis about an environmental factor that we all consume in our diet and a set of immune disease we see greatly increasing in Westernized cultures, “ said Regev.

But O’Shea cautioned that salt has not been explicitly shown to have an effect on human autoimmune diseases. “This is an artificial model of autoimmunity,” he said. The scientists induced autoimmunity in the mice, and the salt only exacerbated their condition. It remains to be seen, he said, whether salt can induce or worsen disease in humans.