ABOVE: A baby's foot with a patch of atopic dermatitis
© ISTOCK.COM, LUCALORENZELLI

Over the past 50 years, the frequency of allergies and autoimmune diseases has risen rapidly, but it’s not clear why. In a study published today (February 20) in Science Translational Medicine, researchers point to a possible culprit: salt. The authors found in lab experiments that high concentrations of sodium chloride can influence the differentiation of T helper 2 (Th2) cells, the immune cells responsible for allergies, and that high levels of salt are present in the affected skin of people with atopic dermatitis, an allergic skin condition.

“These are the sorts of studies that I love because it’s so completely different, and that’s what we need because really there hasn’t been much progress in understanding this epidemic of allergic disease,” says Charles Mackay, an immunologist at Monash University in Australia who did not participate in the work. In looking “at why we get an allergy or atopic dermatitis, I try to think of the environmental factors,” he adds. This study “is an interesting new angle to Th2 immunity.”

Hay fever and atopic dermatitis have both increased more than two-fold since the 1970s, an upsurge that researchers do not attribute to greater awareness or diagnosis. This recent increase in the incidence of allergic diseases is much too fast to be explained by genetic changes, so it’s more likely to be due to an environmental or behavioral cause, coauthor Christina Zielinski of the Technical University of Munich tells The Scientist. “One thing that also changed within the last fifty [to] sixty years is our diet. We are eating much more fast food, and this also includes much more salt, so that’s how we became interested in the question of whether salt can modulate the immune system,” she says.

Zielinski and her colleagues started by upping the levels of sodium chloride in the tissue culture medium used to grow either human CD4-positive memory T cells, which give off a complex set of chemical signals based on previous exposure to antigens, or naïve T cells, which have not been exposed to antigens before. In both cell types, the salt boosted the abundance of cytokines and transcription factors specific to Th2 cells, indicating that high salinity promotes Th2 cell differentiation. The researchers also found that the effects of the salt seemed to enhance Th2-related programs via two salt-sensitive transcription factors.

The authors next compared salt levels in the skin of adults with atopic dermatitis, an allergic condition that causes red, itchy patches of skin. Lesioned skin had sodium concentrations 30-fold higher than the patients’ unlesioned skin and skin from healthy controls. The team also investigated sodium levels in affected and unaffected skin of people with psoriasis, an autoimmune disorder characterized by red, inflamed patches of skin. While both atopic dermatitis and psoriasis are both chronic inflammatory skin conditions, psoriasis is mediated by a different type of T helper cells. They found no difference in salt concentration in psoriatic lesions and unaffected skin, which led them to rule out a role for inflammation in the differences in sodium that they observed in people with atopic dermatitis.

“We were very surprised because atopic dermatitis is . . . very intensely investigated, and no one has ever considered sodium chloride to play a role,” says Zielinski. She adds that the next steps will be to investigate the connection between salt and allergies.

According to Chuan Wu, an immunologist at the National Cancer Institute who did not participate in the work, this connection could involve nearby epidermal and dermal cells, as well as the skin microbiome. “The skin is a big mucosal surface, colonized with a huge amount of microbes, [so investigating] whether . . . the Th2 response is somehow connected to the skin bacteria could be interesting,” he says.

The authors discuss in the study that people with atopic dermatitis often have an overgrowth of Staphylococcus aureus, a salt-loving microbe, on their skin, which has gone unexplained until now.

Mackay points out that the gut microbiome could also be involved, as high salt diets have previously been shown to have effects on intestinal microbes. “Is it salt from the diet somehow affecting atopic dermatitis? Or is there a gut connection here that they haven’t explored yet?” he asks.

“This connection to the diet is still very speculative. There are some correlations and associations, but the definite proof is still missing,” says Zielinski. “It could be that the sodium accumulation in the skin follows some autonomous skin-intrinsic rules, which are completely independent of diet.” 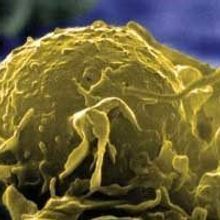