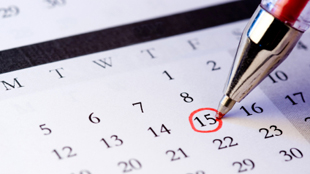 Two competing companies will soon offer machines capable of sequencing a human genome in 24 hours, rather than weeks or months. On Tuesday (January 10), Illumina Inc. and Life Technologies Corp. both announced the launch of their respective machines, each capable of speed-reading a genome in a single day. And Life Technologies’ machine will do so for just $1,000 per genome, the company stated.

“It’s exciting,” said John Weinstein, chair of bioinformatics and computational biology at the University of Texas MD Anderson Cancer Center, which currently uses Illumina machines in its core sequencing facility. “Often the scale of hours to days is critical, instead of weeks to months.” In basic research, same day genomes will shorten the time from experiment to results, said Weinstein. In medicine, the technology could inform time-sensitive events, such as choosing a therapy for a cancer patient or identifying and combating an infectious... “There are lots of potential applications,” agreed John Quackenbush, director of the Center for Cancer Computational Biology (CCCB) at the Dana-Farber Cancer Institute in Boston. “There are diagnostics for rare diseases. I also see a big opportunity in looking at diagnostics in newborns.” The CCCB currently uses both Illumina and Life Technologies sequencing machines, and would “absolutely” be interested in adding one of the new genome-in-a-day machines to its arsenal, said Quackenbush.

The Illumina HiSeq 2500 will allow researchers to generate 120 gigabases of data—40X coverage, or repeated sequencing, of a single 3 gigabase human genome—in 27 hours, the company announced. It is a significant increase in speed over the previous model, the popular HiSeq2000 machine, which sequences up to 5 human genomes (about 600 gigabases of data) simultaneously over 10 days. But the snappy new model comes with a hefty price tag of $740,000, Forbes reported. The Life Technologies Ion Proton Sequencer, on the other hand, is priced significantly lower at $149,000 and will sequence an entire human genome with 20 to 30X coverage in a day for just $1,000, said company spokesperson Mauricio Minotta. Illumina declined to disclose a cost per genome for the HiSeq 2500.

The $1,000 genome has long been a milestone in genomics—the estimated price when individualized genome sequencing would be practical for doctors to use with patients. “It’s a tremendous race to the bottom,” with the cost of sequencing dropping 33 percent per quarter since 2007, said Quackenbush. Sequencing is becoming so cheap, added Weinstein, that its cost could soon be the least of genomics research expenses, which include the cost of acquiring samples, preparing them, and post-sequencing bioinformatics.

Still, Weinstein cautioned, “until one sees the performance characteristics and has a chance to kick the tires of any new technology, we can talk about possible advantages but not about actualities.”

For now, scientists will have to wait to take the machines out for a spin: the HiSeq 2500 won’t hit the commercial market until the second half of 2012, and the Ion Proton won’t begin shipments for about a year.