Scientists determined earlier this year that there is a cleavage site in the SARS-CoV-2 spike protein for furin, a human protease, and that the spike protein is split into two subunits at that spot. This cleavage has been implicated in helping break the virus open so it can enter human cells.

In a paper published May 26 in eLife, researchers found that the spike protein’s furin cleavage site is identical to a sequence in the human epithelial sodium channel, which likewise must be cut by furin in order to be activated. The authors propose that the virus may be competing with the sodium channel for furin, and possibly disrupting its function, but that remains to be demonstrated.

“The paper’s really nice because it gets at this common view that many viruses co-opt parts of human cells to help them survive,” says David Perlin, who studies infectious diseases and is the chief scientific officer at Hackensack Meridian Health’s Center for Discovery and Innovation in New Jersey. He was not involved in the study.

This discovery came about when researchers at nference, an artificial intelligence company,  started looking to see whether are there any sequences of amino acids in SARS-CoV-2 proteins that seemed surprising or unusual. One that stuck out, says Venky Soundararajan, nference’s chief scientific officer, was a stretch of four amino acids present in the spike protein of 10,956 of 10,967 SARS-CoV-2 isolates from around the world, but not in the protein’s sequence in related coronaviruses, such as SARS-CoV or varieties that infect bats or pangolins. Other groups had reported in February and April that this insertion forms a cleavage site for the human protease furin, which is thought to sever the two subunits of the spike protein to facilitate entry into human cells.

Soundararajan and colleagues strengthened this idea when they determined that the furin cleavage site is identical to a proven furin cleavage sequence in the alpha subunit of the human epithelial sodium channel, which plays a role in managing the balance of salt and fluid in many of the body’s cells. This site is essential in the process of assembling the channel’s subunits into a functional whole capable of regulating sodium levels in a cell.

Next, the researchers turned to a platform they developed, which uses a database of single-cell RNA expression data from 65 previously published human and mouse studies, to look into gene expression of the sodium channel and other human genes known to be involved in SARS-CoV-2 infections. They found that expression of the epithelial sodium channel’s gene overlaps with that of the gene for furin and for the primary SARS-CoV-2 receptor, ACE2, in the cell types most affected by the virus.

The coupling of ACE2, the epithelial sodium channel, and furin in the epithelial cells of the nasal cavity, the respiratory tract, and the gut supports the idea that those regions are the initial hubs of infection in the human body, Soundararajan says. Perlin warns against making assumptions about ACE2 abundance based on transcript levels. “We have to always be a little careful going from gene expression to what’s assembled on the membrane,” he says.

Based on this RNA co-expression, the authors hypothesize that during a SARS-CoV-2 infection, the viral spike protein might compete with the human sodium channel for furin cleavage. If this competition disrupts the activation of the sodium channel, it could become dysregulated, which could interfere with its role in regulating fluid balance. This could explain why COVID-19 patients sometimes end up with large amounts of fluid in the lungs.

The study “is all computationally based with no wet experiments. Hence we have zero information on what the authors are suggesting is at all correct,” cautions Vincent Racaniello, a virologist at Columbia University who was not involved in the work, in an email to The Scientist. He also questioned the idea that the cleavage of the SARS-CoV-2 spike protein by human furin could usurp cleavage of the epithelial sodium channel.

“Most computational analysis requires some experimental validation,” says Dario Ghersi, a computational biologist at the University of Nebraska Omaha who did not participate in the study. That this recognition site is present in the majority of SARS-CoV-2 isolates implies that it is important to the virus, meaning the sequence could be of interest for vaccine and therapeutic development. “What they found seems pretty solid to me,” he adds. 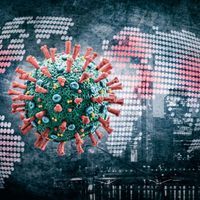 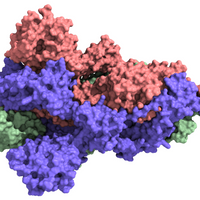