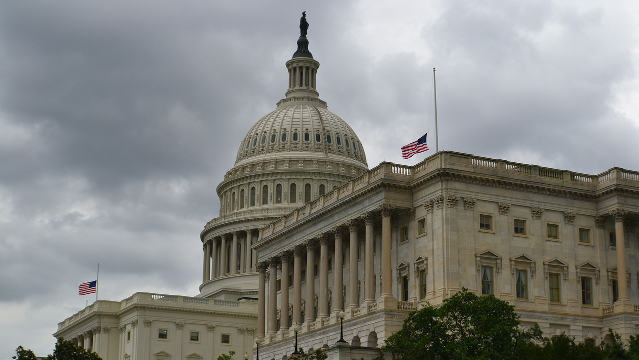 PIXABAYThe Trump administration released its FY 2018 federal budget proposal today (March 16), outlining possible funding cuts at federal research agencies, including the National Institutes of Health (NIH), the Environmental Protection Agency (EPA), and others. While Congress has yet to weigh in on the plan, science advocacy organizations are sounding the alarm.

In particular, the NIH stands to receive a $5.8 billion (almost 19 percent) cut to its current annual budget. “We think it’s outrageous,” Howard Garrison, director of public affairs at the Federation of American Societies for Experimental Biology, told The Scientist. “It’s unconscionable.”

Jamie Vernon, director of science communications and publications at Sigma Xi, expressed apprehension. “This budget, at...

Rush Holt, CEO  of the American Association for the Advancement of Science, sounded a similar warning. “The Trump administration’s proposed budget would cripple the science and technology enterprise through shortsighted cuts to discovery science programs and critical mission agencies alike,” he said in a statement. “Investments in federal research and development (R&D) make significant contributions to economic growth and public well-being.”

But what is a science advocacy organization to do in the face of potential cuts the size and breadth of those the Trump administration is envisioning? “We are stepping up the meetings that we’re scheduling on Capitol Hill with both Republicans and Democrats to reinforce the message that medical research is critical not only to improving human health, but it’s also critical to national security,” Suzanne Ffolkes, vice president for communications at Research!America, told The Scientist. “We’re going to share as many success stories of federally funded research as possible. . . . We will also remind [legislators] about the economic benefits of federally funded research and how that has helped to revitalize many of their own communities and provide high-quality jobs.”

Given that the US Senate approved a $2 billion bump for the NIH budget for FY 2016, and that the Senate Appropriations Committee recently OKed another $2 billion budget bump for FY 2017, Garrison said he is hopeful that Congress will not pass the cuts the Trump administration has suggested. “This is a Congress that has a very high respect for NIH, and therefore I think that they will probably make the right decision and reject these cuts,” he said. “It’s my goal to make that happen, and it’s my working assumption that Congress is in agreement when it comes to NIH.”

Ffolkes said that researchers, especially those funded by the NIH, should be spurred into action by the release of this federal budget proposal. “It’s time for those scientists, if they haven’t done so yet, to immediately contact their representatives,” she said. That could mean inviting legislators for lab tours, or scheduling meetings with representatives at city, state, or federal offices.

“With this budget,” said Ffolkes, “there is a sense of urgency to step up their outreach.”