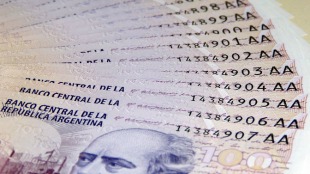 WIKIMEDIA, SERGIO ANDRES SEGOVIAAt the height of the Argentine summer this year, stores in the South American country were running out of tampons. Scarcity of such a product—one many assume would be on the shelves of any corner store—was but one example of the unintended consequences of an economic policy put into place four years ago. And while these regulations are meant to protect scientists, by carving out exemptions for laboratory supplies, some researchers in Argentina are struggling to get the basic supplies they rely on to do their experiments.

In 2011, as part of an effort to right the foundering economy of Argentina and keep pesos within its borders, officials imposed strict restrictions on importing goods from outside the country. The Ministry of Science, Technology, and Productive Innovation “has its own special channels to arrange research equipment and supplies imports,” press officer Hernán Bongioanni wrote to The Scientist...

While scientists are technically able to order supplies from abroad without the taxes and limitations tacked onto consumer goods, in a practical sense, the customs regulations have had a very real and negative impact on research.

“With the restrictions the importers are not importing things very fast. Sometimes it takes several months to get things here,” said Pablo Cerdán, a plant molecular biologist at the Leloir Institute in Buenos Aires. “It makes our work less productive and takes much more time.”

When the restrictions were designed, the Argentine government had decided not to include scientific equipment and reagents among the products slapped with a steep importation tax. To avoid such taxes, researchers must fill out a registration form every time they make a purchase—a process that adds weeks to months to the process of procuring supplies. “In some instances, we think we should do certain experiments and we don’t because we think it will be hard to do them,” said Cerdán.

Another option for acquiring research materials is through suppliers within Argentina. If local representatives are able to furnish certain products from abroad, scientists can order directly from them. But this approach has its own challenges. Hugo Maccioni, a biochemist at the National University of Córdoba, told The Scientist that oftentimes the local facilities don’t have supplies in stock. “So they need to import every time we ask them to provide an enzyme or antibody. . . . Usually it passes two, three, four months before I have a reagent in the lab.”

Yet a third option is to pay foreign suppliers directly, but there is a hefty premium on doing so. “[T]he government charges 35 percent over any payment made outside the country, and thus this amount is at the investigator’s expense,” Lidia Szczupak, a neuroscientist at the University of Buenos Aires, wrote in an e-mail to The Scientist.

For Szczupak, who works with the leech Hirudo verbana, the restrictions are especially burdensome. In addition to the importation hoops she must jump through, bringing in live animals requires even more paperwork. “It takes unjustifiable efforts for an item that is central to the project of my research.”

On top of the time it takes to cut through all the red tape for importing products, supplies and reagents can cost much, much more.

Cerdán shared several price quotes he received for basic lab supplies from a local representative of a large lab supply firm. In one case, a pack of cell culture wells was quoted to him at $544.10. The Scientist received a quote for the same item of $228.40. (This U.S.-based company declined to discuss pricing or import restrictions.)

Travel to meetings or bringing in speakers from other countries is another expensive endeavor. Maccioni said plane tickets cost 35 percent more than the list price in Argentina because of the tax imposed on credit card purchases made to foreign companies. One scientist, who asked not to be named, said it is common that researchers often smuggle laboratory supplies into the country when they return from international meetings.

When basic laboratory supplies can take months to arrive, it pays to plan well, be creative and frugal in experimental design, and band together with your colleagues. “We share a lot,” said Beatriz Caputto, a vision scientist at the National University of Córdoba.

Caputto added that the situation for Argentine science is not all bad. Over the past decade, the government has invested heavily in infrastructure—new science buildings and large equipment. The government also covers the salaries of scientists. And because principal investigators don’t pay lab members out of their grants, “we have not decreased the number of people in our groups,” Caputto said. “In fact . . . in Argentina, we have increased the number of scientists every year.”