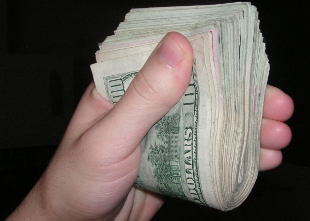 WIKIMEDIA, PSYCHONAUGHTWell before the first of this year, there were dire warnings that budgets at federal science agencies, such as the National Institutes of Health (NIH) and the National Science Foundation (NSF), would be on the chopping block if Democrats and Republicans in Congress could not work through partisan bickering to hammer out a deal to decrease the deficit by $1.2 trillion over 10 years. On August 2, 2012, President Barack Obama signed the Budget Control Act of 2011, which formed a bipartisan committee tasked with marshalling deficit-reduction legislation through Congress, and mandated 10-year-long, across-the-board cuts—or sequestration—to military and domestic spending if that committee failed.

And it did fail.

The sequester was set to begin on January 1, but was delayed by two months because of another piece of legislation, the American Taxpayer Relief Act of 2012. On March 1, sequestration went into effect, and almost immediately US...

The NSF fared a bit better, having to trim its budget by only 2.9 percent, thanks to a temporary spending bill passed later in March.

Life scientists hoping to get new NIH grants, those who had already won funding, and the institutions they call home braced for the blow that sequestration would deal.

“At a time when global competition in the life sciences is intensifying, the American economy cannot afford to lose ground in scientific efforts that promote human health,” NIH Director Francis Collins told a Senate committee in May.

July brought a brief spot of good news, when a Senate subcommittee recommended increasing the 2014 NIH budget to $31 billion—a $1.85 billion boost to the sequester-wracked 2013 budget. But the promise of a rosier science funding landscape was short-lived. Partisan rancor in Congress was still in full flush, and another fiscal deadline loomed in the autumn air.

With yet another failure to reach consensus—this time on a 2014 spending bill—Congress triggered a government shutdown on October 1, the first shutdown since 1996. Approximately 800,000 government employees, federal scientists among them, stayed home from work that day, and for what turned out to be two weeks. Intramural research projects, including NIH clinical trials, ground to a halt. Federal grant programs shuttered. And federal science databases, such as PubMed, crawled along, manned by skeleton crews.

The shutdown ended 16 days later (on October 17), and federal agencies returned to the important work of processing grant applications.

Though legislators still seem averse to crossing the aisles of Congress, in mid-December, Democrats and Republicans did manage to pass a two-year spending bill that eased some of the cuts set in motion by the sequester and staved off another government shutdown.

In all, 2013 was the least productive year on record for Congress. And research bore the brunt of this inaction. Here’s to hoping that 2014 will bring brighter days for scientists in need of funding.