ABOVE: The University of Tehran
WIKIMEDIA, FZN.PARHAM

As a research scientist, Shahin Akhondzadeh is used to having his papers questioned. But last year, he received a novel reason why a journal was unable to publish his work: his nationality. Akhondzadeh is Iranian and works at the Tehran University of Medical Science. And for the US-based journal and its publisher, that made him a persona non grata.

Akhondzadeh, an expert in psychiatric disease, had previously published in the journal and acted as a peer reviewer for it—and many others—with no concerns raised. And he says he is not the only Iranian scientist affected: medical journals across Europe and the United States are responding in the same way, “Because of the sanctions, we cannot process your manuscript.”

Global science is missing a piece if the Iranians don’t participate.

International sanctions against Iran—first imposed by the US after the 1979 hostage crisis and later by the United Nations—were lifted in 2016 after Iran agreed to limit its nuclear program. But President Donald Trump announced last year the US would withdraw from that deal, and restored US controls on trade with the country.

Officially, research activities such as publishing academic papers should be exempt from the restrictions—unless the author is a direct employee of the country’s government. But Akhondzadeh says publishers either don’t know this or they are unwilling to take the risk.

There is also a more practical obstacle that stops Iranian researchers from publishing their work: in November 2018, Iran’s central bank was disconnected from the main global system used to transfer money across borders. Many international banks have followed with their own restrictions and the resulting blockade on currency exchange makes it impractical for Iranian scientists to pay the publication fees required by many open-access journals (although some publishers such as BMJ Publishing Group have waived them).

Such de facto publishing embargoes are highlighted in a new analysis of the negative effects of the US political sanctions on international collaborations and research in Iran published earlier this week. The study—written by several Iranian authors in BMJ Global Health—found that Iranian researchers have been increasingly denied opportunities to publish scientific findings and attend scientific meetings during periods of increased sanctions. And they find it harder to access essential laboratory supplies and information resources.

In additional to publishing fees, there are journal subscriptions to consider. Akhondzadeh says his university library is overdue on its fees to international publishers, and researchers there expect to lose electronic access to journals at any time. The university has the money and wants to pay its bill, he says, but can’t find a way to do so.

The same problem comes when trying to receive money from outside Iran. Joint projects with scientists in Iran have been suspended by the UK’s Wellcome Trust and the US National Institutes of Health, this week’s study says, because the promised funds can’t be transferred.

The Scientist found another example of stalled scientific endeavors. The International Biology Olympiad (IBO), an organization based in Germany that arranges events for school children, is sitting on $130,000 US collected in registration fees for a 2018 event in Tehran that it cannot transfer to organizers there.

“We have found no bank within the European Union that would enable us to transfer the money to Iran,” says Sebastian Opitz, head of the IBO office in Kiel. “As you can imagine, we as a public benefit organization find this situation highly troubling.” Banks have told him the only way to move the money is as cash. Opitz says his organization has so far refused because the lack of transparency is “unprofessional.”

One casualty of the Trump administration’s “maximum pressure” hard line on Iran was a long-running program of the US National Academies of Sciences, Engineering and Medicine (NAS) that arranged bilateral meetings and organized exchanges of scientists between the two countries. Glenn Schweitzer, director of the NAS Office for Central Europe and Eurasia who ran the engagement program, says it closed down in 2017 when the increased political tensions between the US and Iran along with the Trump administration’s travel ban on residents from a number of Muslim-majority nations made it impractical.

Researchers in Iran have also found the travel ban is having a knock-on effect, with colleagues from Europe reluctant to visit because they fear an Iranian stamp in their passport could make it more difficult for them to enter the US. A prior trip to Iran prevents access to common visa waiver schemes that avoid the need to apply for a full US visa.

A biologist at University of Tehran, who wanted to remain anonymous to preserve privacy, says scientists there have resorted to asking colleagues in universities outside Iran to act as intermediates to get basic laboratory services routinely done abroad, such as DNA sequencing. Or they have asked friends traveling outside Iran to take the DNA samples with them and to mail them to the sequencing company from abroad. The biologist says a company that had accepted samples from Iran for sequencing in the past said that “political issues” made it difficult to deal with scientists in Iran directly.

Abbas Edalat, a British-Iranian computer scientist at Imperial College London, says it’s wrong to blame all of the untoward effects on research on President Trump.

“Even after the 2015 treaty, under Obama, there were all these limitations imposed by the United States on Iranians, including Iranian academics,” he says. Under President Barack Obama’s presidency, he says, the US State Department emailed him to say his membership of a visa waiver scheme, commonly used by many visitors to the US because it’s easier than applying for a formal visa, was being canceled because of his nationality. “It’s true that it has become much more accentuated under Trump—there is no comparison—but it all started under Obama.”

The biggest problem for Iranian scientists right now, he says, is the collapse of the country’s currency, the rial. “The budget they have for travel, to go to conferences, to even pay for articles to appear in conference proceedings has been so limited now because of the sanctions that they can’t afford to do that.”

Edalat, the founder of the Campaign Against Sanctions and Military Intervention in Iran, was arrested by security officials while visiting Iran in April 2018 and detained for eight months on suspicion of spying. He blames the US and its allies for what he says is understandable nervousness in Iran. “They have created a kind of siege conditions in Iran. All these US military bases surrounding the country and, apart from the sanctions, all these overt and covert operations for regime change. Any country in that kind of condition would have its intelligence services be over-cautious.”

Schweitzer says everybody suffers from the political stand-off. “The Iranians are very good scientific and engineering specialists,” he says. “Global science is missing a piece if the Iranians don’t participate.”

David Adam is a UK-based freelance journalist. Email him at davidneiladam@gmail.com and follow him on Twitter @davidneiladam. 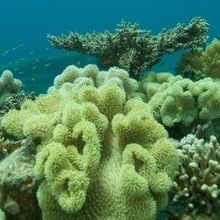