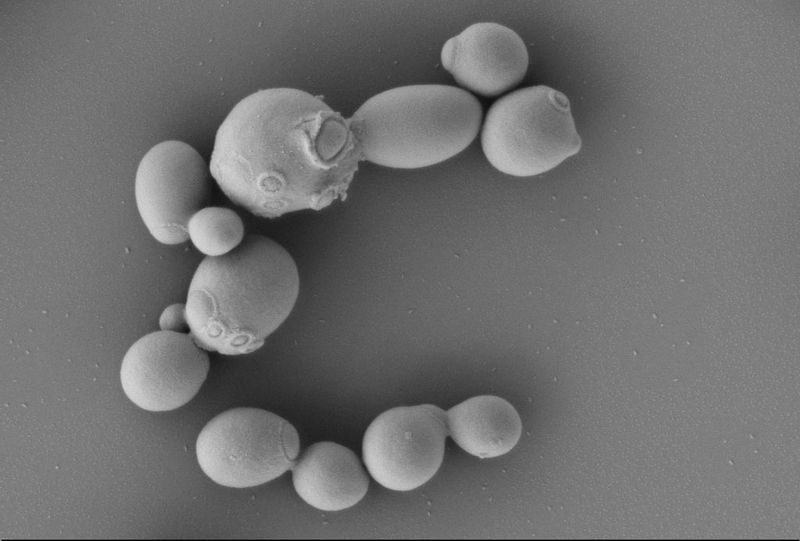 Researchers have generated a full-length clone of the novel coronavirus genome using artificial chromosomes in brewers’ yeast, according to a paper published in Nature on Monday (May 4). While other laboratories are constructing, or have constructed, clones of SARS-CoV-2 by alternative methods, a major benefit of the yeast system is its speed and stability, researchers say.

“The exciting thing about the yeast is that . . . it’s fast,” says microbiologist and coronavirus expert Susan Weiss of the University of Pennsylvania Perelman School of Medicine who was not a member of the research team. “The other methods are tedious and difficult.”

Reconstructing and modifying the genomes of disease-causing viruses is the starting point of many research endeavors in virology. These genetic manipulations are essential for studying a virus’s method of infection, its replication, drugs that might work against it, and potential vaccines.

During outbreaks and pandemics of novel viruses, “speed is of the essence” for cloning, says virologist Darwyn Kobasa of the University of Manitoba who was not involved in the research, especially if new variants emerge. He adds that the speed of this new technique is “really quite impressive.”

“The idea is to learn about the virus” and its weaknesses, says coauthor Volker Thiel of the University of Bern. Like scientists all around the world performing such studies, Thiel and his team work in a high-containment facility with strict biosecurity and safety protocols designed to protect the researchers and prevent accidental release of any viruses.

Possibly the most widely used method for cloning viral genomes is to stitch fragments of the DNA together and introduce them into Escherichia coli bacteria for replication. But for some viruses, including coronaviruses, the approach can be problematic. “First of all, [coronaviruses] have extraordinarily large genomes,” says Thiel, making them difficult for the bacteria to cope with, and also, parts of the genome are unstable or can be toxic to the bacteria for reasons that are not entirely clear.

Because yeast cells are larger than bacteria, they can handle bigger pieces of DNA. And there’s another big advantage, says coauthor Joerg Jores, also of the University of Bern. Yeast cells have an inherent ability to assemble fragments of DNA into one big molecule.

What this means is that instead of having to reconstruct the viral DNA first before introducing it into cells, you instead “put all these fragments in the yeast and it magically puts them together,” says Weiss.

This automatic fragment assembly is at the heart of the previously described cloning method used by the team—called transformation associated recombination (TAR). To reconstruct SARS-CoV-2, Thiel, Jores, and colleagues generated 14 fragments of DNA representing the entire virus genome (some amplified from viral RNA, others synthesized). Each fragment shared a short region of overlapping sequence with the next so the yeast cell could identify which ends matched up. The two end fragments of the genome also shared overlapping sequences with a plasmid vector that would contain the viral genome and allow it to form a yeast artificial chromosome (YAC). The gluing process is called homologous recombination and involves trimming away nucleotides at the end of one strand of DNA and annealing the remaining complimentary sequences (the overlapping section) to another fragment.

“The capacity to recombine things to a YAC by themselves is just amazing,” says Jores.

His team introduced the fragments into Saccharomyces cerevisiae cells and picked and tested colonies for the presence of the full-length genome two days later. In vitro transcription of the DNA extracted from such clones then produced RNA, which they used to infect cultured mammalian cells. From introducing the DNA into yeast to recovering infectious RNA virus took just a week. The team has also cloned a version of SARS-CoV-2 encoding a fluorescent reporter for high-throughput drug screens, they say.

A recent paper in Cell Host & Microbe reported the construction of a full-length SARS-CoV-2 genome via a process called in vitro ligation. This method is also “pretty fast,” says Thiel, “but it still has the issue of using E. coli” to clone the individual fragments before ligation. Plus, with the yeast system, he says, “we have a stably cloned [YAC] that we can always reuse, so we don’t have to reassemble by in vitro ligation” each time infectious virus particles are needed.

As well as speeding up the cloning process, the technique “solves some of the problems that are inherent with doing cloning in E. coli,” says Kobasa, such as the instability or toxicity of certain DNA fragments.

Indeed, coronavirus researcher Luis Enjuanes of the National Center of Biotechnology in Madrid who is currently cloning SARS-CoV-2 using the bacterial system, says one fragment of the genome is causing “a little toxicity.” He is confident that his team can work around the problem, and adds that, while he is impressed by the speed of the yeast technology, an advantage of the bacterial system is that “anyone can do it.” Genetic manipulations in E. coli is standard in most molecular biology laboratories around the world, while using yeast in this way is less prevalent.

The authors used the TAR technique to clone a variety of other viruses including MERS and Zika, but say the focus of their work at the moment is, not surprisingly, SARS-CoV-2. “We’re working 24-7,” says Thiel. “We’re trying to save the world,” Jores adds with a laugh.