A new study has identified the reasons why biomedical researchers have studied only about 2,000 genes among approximately 20,000 in the human genome. Genes that are easier to experiment with or whose absence is extremely disruptive to the organism are historically well-studied, they report today (September 19) in PLOS Biology.

“It is stunning that we sit here 15 years after the Human Genome Project, and still know little to nothing about so many genes,” Jay Shendure of the University of Washington who was not involved in the study tells The Atlantic. “In a world of finite resources, it does not make sense to invest equal effort in every gene. But it’s clear that something is amiss in the status quo of research allocation.”

The researchers integrated numerous biomedical research–related datasets and combed through the collection to identify the underlying causes of this lack of study. In the paper, they propose that long-standing conventions and funding obstacles may have neglected 5,400 protein-coding human genes entirely and left thousands of others (outside of the 2,000) poorly studied. Genes that were identified before the Human Genome Project continue to attract the most attention and funding.

Further, “Ph.D. students and postdocs who work on less studied genes have a 50% lower chance of becoming a group leader because it’s harder for them to get funding,” coauthor Thomas Stoeger, a systems biologist at Northwestern University, tells Science. The team found that scientists who chose to study obscure genes were less likely to receive funding and thus were inevitably forced out of the field.

With most biomedical research occupied with only 2,000 genes, overlooking the uncharted territory of the human genome, some of which is implicated in cancer, may be detrimental to the study of human health. “If the field keeps exploring the unknown this slowly, it will take us forever to understand these other genes,” coauthor and data scientist Luís Nunes Amaral of Northwestern University tells The New York Times. 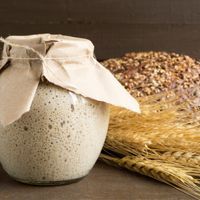