The pandemic coronavirus SARS-CoV-2 must break into our cells to set up an infection. It gains entry using the now notorious spike protein but, typical of viruses, it must hijack our own biology to jimmy the lock. Scientists are figuring out ways to intercept the virus before it can break in.

Viral spike proteins rely on protein-chomping enzymes, proteases, to re-shape them for cellular entry. In the case of SARS-CoV-2, the spike must first be snipped at a specific point by the furin protease before it latches onto a cell’s ACE2 receptor. Then, another protease must cut the spike protein and initiate viral fusion with the cell membrane.

The idea that researchers are pursuing is to block furin from cutting the spike.

Early on, before COVID-19 was officially declared a pandemic, scientists were already on the furin case, observing that the spike protein had amino acid sequences that looked worryingly like a furin docking site, with a motif of arginine-arginine-alanine-arginine. Furin is a widespread enzyme in the body, potentially granting SARS-CoV-2 countless opportunities to infect cells. SARS-CoV, the coronavirus responsible for the SARS outbreak earlier this century, does not have a furin cleavage site, but such sites are present in other dangerous pathogens such as HIV, Ebola, MERS-CoV, and avian influenza.

The hunt for furin inhibitors to use clinically is well underway.

“There are some highly pathogenic avian flu viruses, which occasionally infect people, and their spikes are cleaved by furins, so those viruses can reproduce in a number of different cells and tissues in the body,” explains Vincent Racaniello, a virologist at Columbia University. This separates them out from annual human influenza viruses, whose spikes are not cleaved by furin, and may partly explain why those viruses are not as pathogenic as bird flus are.

If furin is critical to the pathogenicity of SARS-CoV-2 and its ability to enter different cell types, then blocking the protease might hinder viral replication. To this end, researchers have been investigating whether furin is truly essential for SARS-CoV-2 infection and whether interfering with its activity lowers viral loads in cells.

Furin as SARS-CoV-2’s partner in crime

In May, a group at the Germany Primate Centre led by Stefan Pöhlmann reported that initial cleavage of the S1 and S2 subunits of the spike protein is essential for SARS-CoV-2 entry into human lung cells and for the virus to fuse infected cells with other cells. This fusion phenomenon, called syncytium, is driven by the so-called fusion peptide that is released by the spike as it is cleaved.

A French group reported that cells infected with SARS-CoV-2 are studded with spike proteins, which fuse with neighbors sporting ACE2 surface enzymes. Fused cells have been seen in postmortem lung tissues of COVID-19 patients. This cell-cell fusion has also been observed in tissues from people infected with the coronaviruses that cause SARS and MERS.

Syncytium allows virus-infected cells join other cells, creating contiguous viral factories of 10 to 20 cells. The strategy enables the virus to hijack new cells without exiting into the body, thus eluding immune surveillance. The French group concluded that cell-cell fusion is a feature of severe COVID-19 and is facilitated by TMPRSS2, another protease involved in snipping the spike protein.

Another German group reported in July evidence backing TMPRSS2’s importance in infection and that SARS-CoV-2 replication was strongly inhibited by a synthetic furin inhibitor, MI-1851, in human airway cells.

In a preprint posted to bioRxiv in August, Vineet Menachery of the University of Texas Medical Branch and his colleagues reported that deletion of the spike protein’s furin cleavage site from SARS-CoV-2 ramped up replication in a monkey cell line, but attenuated replication in respiratory cells and pathogenesis in vivo in hamsters.

“My expectation would be that the same holds true for SARS-CoV-2 in infected human patients,” Pöhlmann says of the hamster result. As for the conflicting data from the monkey cells, the researchers are still looking for answers.

The search for a drug to block furin

The hunt for furin inhibitors to use clinically is well underway. Scientists in Taiwan tested four inhibitors of furin and other similar proteases in human cells infected with SARS-CoV-2. Cleavage and cell-cell fusion were abolished in those cells treated with the furin inhibitors CMK (decanoyl-RVKR-chloromethylketone) and naphthofluorescein, the authors reported in September in Cell. CMK is a peptide inhibitor long used as a research tool that competes with furin for SARS-CoV-2’s attention, while naphthofluorescein, a newer compound used in research, is a small molecule inhibitor of furin’s activity.

Yeh has developed a number of derivatives of naphthofluorescein to increase its selectivity for furin. She now plans to test her derivatives in mouse models that express human ACE2.

Gonzalo Izaguirre, a biochemist at the University of Illinois at Chicago, has studied natural furin inhibitors called serpins for many years. He is now working on an engineered serpin-type furin inhibitor that can block cell entry by a synthetic, noninfectious virus fitted with the SARS-CoV-2 spike. “If effective,” he notes by email, “this inhibitor could be the basis of a potential therapy to treat COVID-19.”

There are already protease-inhibiting drugs approved for unrelated conditions that seem to affect furin, which biochemist Richard Watt of Brigham Young University in Utah says would be worth investigating for possible repurposing to treat COVID-19. For instance, nelfinavir is a drug approved to treat HIV that Watt says affects furin. In an unrelated study on anemia, “we found that an HIV protease inhibitor could bind furin and inhibits its action,” explains Watt.

Plenty of drugs have been developed with the aim of inhibiting furin, but none have made it through to patients.

The drug tightly binds to the catalytic site of furin and also to other proteases that act on SARS-CoV-2, computational studies from his group and others show, says Watt. Also, an earlier preprint noted that nelfinavir does seem to act against SARS-CoV-2, by binding to its main protease.

Yet another strategy could be to combine a furin blocker with a second protease inhibitor, such as for TMPRSS2. In a July preprint, Pöhlmann and colleagues concluded that TMPRSS2 was essential for SARS-CoV-2 to infect human airway cells, and suggested combining a TMPRSS2 and a furin inhibitor as an antiviral strategy.

“Furin is an essential enzyme in the human body. You cannot live without furin,” says Pöhlmann. “TMPRSS2 is not essential, at least in mice, which can live happily without it.” The combination of two inhibitors could allow for a lower dose of a furin blocker, or a faster one-two punch, thereby necessitating only a brief inhibition of furin.

“You would want inhibitors of both furin and TMPRSS2,” agrees Watt. He suggests this may be feasible using nelfinavir in combination with camostat mesilate, a TMPRSS2 blocker approved in Japan for the treatment of pancreatitis and which Pöhlmann had reported can inhibit SARS-CoV-2 activation. There are a number of approved inhibitors of TMPRSS2 for conditions unrelated to coronaviruses. Moreover, a Danish trial is currently testing the effect of camostat in COVID-19 patients.

Repurposing approved drugs to block proteases essential for the virus would allow for faster clinical trials to test their efficacy against SARS-CoV-2 and perhaps benefit COVID-19 patients through new, much needed antiviral therapies. Watt would like to trial nelfinavir in COVID-19 patients, but has yet to find a clinical collaborator or funding.

The limitations of interfering with furin

Not everyone is convinced that blocking furin will work. A group in the UK reported in a preprint in August that crippling the gene for furin in a human embryonic cell line diminishes, but does not altogether stop, replication of SARS-CoV-2. “We found that deleting the gene for furin slowed cell-cell fusion but did not prevent it,” immunologist Leo James of the University of Cambridge explains by email.

“The fact that the S protein was still cleaved in furin knockout cells suggest that there may be other proteases that can take its place, albeit less efficiently,” he adds. On the face of it, these results are bad news for generating antivirals that block furin. “Even if a compound achieves 100% inhibition it will not completely prevent infection,” James says. A June study in iScience similarly suggested that enzymes related to furin could also cut the spike protein.

Still, that need not be the last word. “I would say that they haven’t used the right cells,” counters Racaniello. Cell lines from monkeys and human embryo cells can tap different proteases to do the same job as furin, he adds, setting them apart from human lung cells.

Furthermore, Racaniello and others say it may not be necessary to entirely lock SARS-CoV-2 out of cells. “Clearly, if you take away this cleavage site the virus can still reproduce to a certain extent,” says Racaniello. “It could be that a ten- or one-hundred-fold reduction in virus output is enough to prevent infection, and you cannot tell that from a cell line. You need to look in an animal model.”

A separate problem “is that furin has essential roles in our cell,” says Racaniello, so if you block the enzyme, “you will have toxicity associated with that.” Plenty of drugs have been developed with the aim of inhibiting furin, but none have made it through to patients. “Furin inhibitors are quite toxic,” confirms Izaguirre.

This does not rule them out. Inhibitors could perhaps be delivered for a short period of time to knock down viral load at a critical juncture. “It might be possible that furin inhibitors are only applied for a very short amount of time, to limited unwanted side effects,” agrees Pöhlmann. 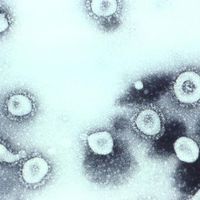 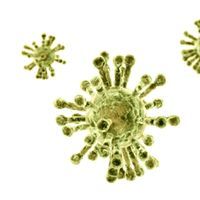