In light of recent reports of electronic-cigarette–related illness and death, UNC Chapel Hill professor Robert Tarran discusses the dangerous effects of e-liquids on the lungs.

On August 30, the Centers for Disease Control and Prevention addressed a disturbing summer trend: across the country, more than 200 teens and young adults have been treated by doctors and sometimes hospitalized after bouts of pulmonary illness, vomiting, fever, and fatigue. One 30-year-old in Illinois died of a related affliction, as well as another adult in Oregon. What they all had in common, the CDC pointed out, was recent vaping.

More than 350 possible cases of vaping-related lung illnesses have now been reported in 29 states, according to The Washington Post, leaving scientists and physicians to figure out exactly what’s causing the outbreak. Health officials are now investigating compounds, such as vitamin E acetate, added to vaping products that contain nicotine or THC, the psychoactive component of marijuana, that may render e-liquids more dangerous, writes the Post. But existing studies already...

The biggest pattern that came out was the more chemicals in an e-liquid, the more likely it was to be toxic.

Robert Tarran, a cell biologist at the University of North Carolina at Chapel Hill, has led a number of studies on vaping. He and his colleagues have investigated how proteins in the bronchial epithelium change following chronic e-cigarette exposure and assessed the toxicity of different e-liquid ingredients. Tarran’s most recent study, published online this month, suggests vaping alters the activity of the lung’s innate immune system and places e-cigarette users at risk of developing chronic lung disease—and may be no safer than traditional cigarettes.

The Scientist spoke with Tarran about his work and the recent incidents of vaping-related illness. 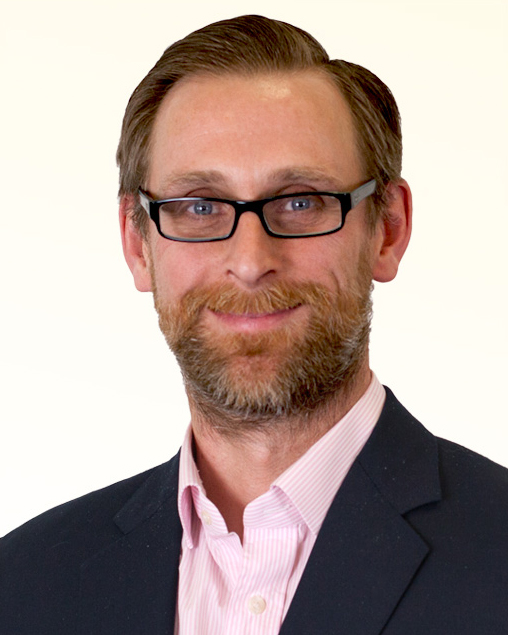 The Scientist: According to your research so far, which ingredients in e-liquids have a toxic effect on the lungs?

Robert Tarran: For the human studies we’ve been doing, we’ve let people kind of free-range and use the types of e-liquids at the frequencies they prefer. I think probably every vaper we’ve recruited uses a different e-liquid. However, we’re still seeing consistent effects.

If different users are using different flavored e-liquids and we’re seeing consistency, it’s probably the nicotine or the propylene glycol/vegetable glycerin (PG/VG) that [causes the notable effects]. There may be other effects caused by flavors, we just haven’t been able to tease that out yet.

TS: Do we know yet how the nicotine changes the function of the lung cells?

RT: We do. When nicotine hits macrophages or neutrophils, they release proteases which can then damage the lung. Proteases are like molecular scissors that cut up other proteins. There’s normally some proteases present in the lung and that is part of normal lung turnover. For example, when antimicrobial proteins get secreted into the lung, proteases trim them down to their final size so they can be active. If you, say, get an acute infection like pneumonia, you get neutrophils rushing to the lung, proteases get released to attack the incoming bacteria.

Normally, when that happens, you get resolution and the lung gets better, whereas if you have persistent inflammation, protease levels stay up for extended periods and they start to chew up the lung. . . . The link between high protease levels and lung damage is very well established.

[In addition,] when nicotine activates nicotinic acetylcholine receptors, it elevates calcium inside the cell. Calcium is what we call a second messenger and is kind of like a relay switch. Elevations in calcium can turn on proinflammatory genes and triggers the secretion of proteases and even cytokines.

TS: Beyond nicotine, how do the other e-liquid ingredients contribute to the toxicity?

RT: By studying 150 e-liquids in parallel, we were trying to look for patterns—is there a certain liquid that’s more toxic than the others? We used a machine learning approach to look for patterns, and the biggest pattern that came out was the more chemicals in an e-liquid, the more likely it was to be toxic.

Again, it’s not been studied [how each specific ingredient contributes]. A classic example is diacetyl, which we found in three e-liquids and can cause [the inflammatory disease] bronchiolitis obliterans. Diacetyl is the buttery flavor used in microwave popcorn, and turns out that the workers in the microwave popcorn factories are getting lung disease from just inhaling high levels of diacetyl. Most of the [e-liquid] flavors have been tested for safety for use in oral ingestion in rats, and what’s safe to eat might not be safe to inhale, as with diacetyl.

TS:  I’m wondering if you’ve looked beyond e-liquids that contain nicotine to those that contain marijuana or don’t contain either drug?

RT: That’s a good question. So, the short answer is no, we haven’t looked at those yet. I was on a phone call with some [colleagues] last week and someone pointed out a paper that shows that 99 percent of e-liquids sold contain nicotine, anyway.

But yeah, I mean, everyone is talking about THC—it hasn’t even been studied yet. . . . I talked with UNC’s division chief of pulmonary last week, Shannon Carson, and he pointed out that people have been inhaling high levels of marijuana for years and this is not what you typically see.

TS: Does the current literature, including your own research, hint to why people have been contracting the reported respiratory illnesses that have cropped up this summer?

RT: That’s also a good question. The answer is no.

There’s a rough agreement on the diagnosis, which is that there’s a kind of sterile pneumonia. But then again, high protease levels are also seen in pneumonia. So what we’re seeing isn’t inconsistent with that, but it doesn’t explain it. One possibility is that high levels of nicotine are changing immune cell function, in multiple immune cell types, which leads to the risk of this. But I just want to state that that is speculation.

TS: What questions are left to answer in terms of how vaping impacts the lungs?

RT: The very simplest thing is that we need to repeat the protease study. We’re going to try to do a 250-patient study, approximately. Can we repeat it on a larger scale here, and can the results be repeated nationally?

We need to sort out, in humans, the impact of different flavors versus nicotine in the lung. I think . . . we’re just beginning to understand what’s actually happening. For example, the sterile pneumonia that’s being reported: is that a direct consequence of high levels of e-liquids, or which components? And again, we’ve only studied healthy vapers. You know, the impact of vaping on people with COPD or asthma, we haven’t even thought about that yet.