More than 10 candidates with backgrounds in science, technology, engineering, and mathematics have won their runs for office across the United States in yesterday’s midterm elections. Several of them have had long political careers, while others were running for the first time in elections that have seen a wave of political newcomers.

With almost all of the votes now counted for the 2018 US midterms, it’s clear that the Democratic Party has won control the House of Representatives, while the Republican Party has strengthened its hold on the Senate.

Representatives succeeding in their runs for re-election include physicians Michael Burgess (R-TX) and Andy Harris (R-MD), as well as physicist Bill Foster (D-IL).

But there were several surprise victories for STEM-trained Democratic candidates who have never run for Congress before. Elaine Luria and Chrissy Houlahan, both of whom have backgrounds in engineering, overturned Republican-held seats in Virginia and Pennsylvania, respectively.

Elizabeth Gore, senior vice president for political affairs at the environmental advocacy group the Environmental Defense Fund tells Nature that the Democrats’ House win is “no small feat. . . . It is going to change the dialogue in Washington, and will certainly change the dynamic around science and the environment.”

In particular, Gore adds, the House advantage will help in “reestablishing scientific integrity and highlighting the failure of the Trump administration to use scientifically based information for policymaking.”

“I’m humbled, honored, and deeply grateful to serve as Nevada’s next Senator!” she writes this morning on Twitter. “I got into politics to make a difference, and I will always carry your stories with me.”

We’ve compiled the results for races involving scientists running for office this year. (Candidates who won their races are highlighted in green.) 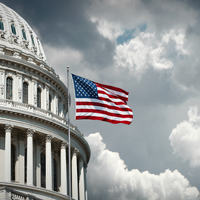