Despite advances in understanding the combined effects of multiple genes on complex traits in humans, efforts to choose embryos based on the likelihood of their carrying such traits would be unlikely to meet with much success, researchers report today (November 21) in Cell.

It has been possible for decades for would-be parents to conceive embryos through in vitro fertilization, then have the embryos tested for particular disease-causing gene variants, a procedure called preimplantation genetic diagnosis (PGD). While PGD is used mainly in rare cases when a couple knows they carry sequences with a risk for a specific, single-gene disease, bioethicists and others have worried that it has the potential to be applied in selecting so-called designer babies.

See “What Your DNA Can’t Tell You”

The new study was prompted, in part, by recent advances in using analyses of genetic data to construct what are known as polygenic risk scores, which use information on many of an individual’s genes to predict that person’s chances of carrying a certain trait. “Polygenic scores were also becoming more and more accurate,” coauthor Shai Carmi of the Hebrew University of Jerusalem tells Inverse. “Thus, it became obvious to me that very soon, people will start thinking: Why not test and select embryos for traits like height or IQ?”

In the study, Carmi and his colleagues used data from genetic studies to simulate what would happen if various pairings of people were to have children together and use PGD, aided by polygenic scores, to maximize the height or IQ of their offspring. If doctors had 10 embryos to choose from for a couple, such selection could result in a gain of about three IQ points or three centimeters, compared with the average for those embryos, the researchers found. If doctors instead had five embryos to work with—a more realistic scenario—the gains would be about 2.5 IQ points or 2.5 centimeters.

“For most people this is not a lot,” Carmi tells Inverse. “I wanted to do these simulations to get a basic idea about what are the expected outcomes of selection.”

See “The Biological Roots of Intelligence”

To see how often these DNA-based predictions were likely to hold up for individuals, the researchers also analyzed genetic and other data on 28 families with large numbers of children. In only seven of those families was the tallest child the one predicted by a polygenic risk score, they found—and in five families, the child predicted to be tallest was in fact shorter than the average for that family.

Complex traits such as height and intelligence are influenced by multiple factors other than DNA, such as diet and exposure to pollution, notes Susanne Haga of Duke University School of Medicine in an interview with Science News. “We still have a ways to go to understand the genetic mechanisms behind these traits, and the fact that the environment plays such a critical role cannot be discounted.” 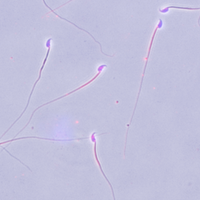