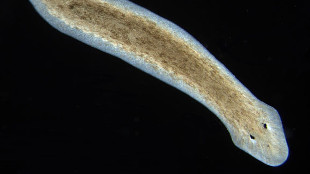 Hermaphroditic animals (those with both male and female reproductive organs) have often been known to self-inseminate when sexual partners are rare. But so far, the flatworm, Macrostomum hystrix is the only animal known to inseminate itself in the head using a needle-like penis structure, according to a study published today (July 1) in the Proceedings of the Royal Society B.

“Lots of animals are able to self-fertilize, but this is the first example of one that uses a hypodermic appendage to do so,” study coauthor Steven Ramm, an evolutionary biologist at Bielefeld University in Germany told The Guardian.

Typically, flatworm reproduction starts with two animals battling over which will inject its sperm through its sharp stylet into the other, Science Sushi reports. The sperm travels from the injection site—usually in the mid-body or tail region—to the female sex organs near the head. When Ramm and...

“To us it sounds very gruesome, but to them it may be their best option. The alternative is not reproducing at all, so it’s making the best of a bad situation,” Ramm told The Guardian.