The popular party drug 3,4-methylenedioxymethamphetamine (MDMA), otherwise known as ecstasy, promotes feelings of friendliness, warmth, and euphoria in the user. These effects have spurred investigations into the drug’s potential to enhance psychotherapy sessions for patients with autism or post-traumatic stress disorder. However, concerns of misuse have held up clinical applications. Today (December 11) in Science Translational Medicine, researchers show in mice that the drug’s prosocial effects and potential for abuse are controlled by two separate neurological mechanisms, raising the possibility of designing new drugs that could elicit the benefits without the downsides.

“It’s a very interesting study,” says emeritus pharmacologist David Nichols of Purdue University who was not involved in the research. “The experiments were really detailed and [the authors] really attempted to pin down, at least in mice, how MDMA is producing its prosocial effects, which is presumably related to how it acts in humans.”

“[The] study uses many mouse models and genetic approaches to solidly and nicely confirm the mechanism of action of MDMA,” Matthias Liechti, a psychopharmacologist at the University of Basel who also didn’t participate in the work, writes in an email to The Scientist. “[I]t is good news that the desired effects of [the] compound . . . can be separated from its undesired addictive properties,” he adds.

In the brain, MDMA causes, among other things, an increase in the levels of the neurotransmitters serotonin and dopamine via its interaction with their respective transporter proteins, SERT and DAT. Studies in humans and rodents have indicated that MDMA’s potential to be abused is driven by the drug’s effects on the dopaminergic system, says neuroscientist Robert Malenka of Stanford University who led the study. Indeed, there is “extensive evidence . . . that drugs with addictive liability all cause the release of dopamine” in the nucleus accumbens—a part of the brain involved in reinforcement and reward, he says. Serotonin release in the nucleus accumbens, on the other hand, is known to “profoundly enhance sociability in mice,” Malenka continues. But nobody had investigated whether the rewarding and social effects of MDMA could be dissociated.

The team reasoned that because of MDMA’s higher affinity for SERT than DAT, the drug might promote sociability at lower doses than those needed to observe reward effects. Sure enough, a dose of 7.5 mg/kg given to mice was sufficient to boost their visitations and interactions with a mouse in another cage, but was insufficient to induce conditioned place preference—an inclination to hang out in a location the animals had learned to associate with a rewarding drug experience. At a dose of 15 mg/kg, by contrast, both increased sociability and conditioned place preference were apparent in the mice.

“This interesting paper provides a multimodal and systematic approach to reaming out the biological origins of [MDMA’s] dual pharmacology. It reinforces other research showing that the abuse liability of MDMA is conferred by dopaminergic actions, whereas the prosocial actions are serotonergic in origin,” psychobiologist Bertha Madras of Harvard Medical School writes in an email to The Scientist.

Lastly, the team showed that dosing the mice with fenfluramine—a drug that specifically interacts with SERT to boost serotonin and does not influence dopamine-driven reinforcement—promoted sociability in the mice in a dose-dependent manner. “So that was a cross-check on our hypothesis,” says Malenka.

Fenfluramine was once used as an appetite suppressant to treat obesity but has since been removed from the market due to severe side effects including heart disease. As such, it is not a feasible candidate for treating autism or post-traumatic stress disorder. Nevertheless, the results indicate that developing a socially enhancing yet non-abusable version of MDMA may be a worthwhile and achievable pursuit, Malenka says. 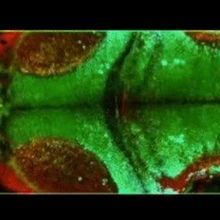