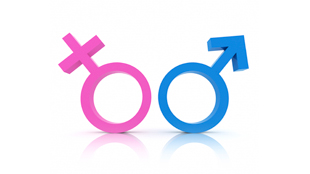 Sex hormones—estrogen, testosterone and progesterone—control sex-specific behaviors in mice, including mating, aggression, and maternal behaviors. Yet what happens in the brain downstream of these master regulators is not well understood. New research suggests that the hormones switch individual genes on and off, and each gene influences a particular behavior in a modular fashion—one gene influences whether a mouse cares for her pups, for example, while another affects how receptive she is to sexual advances.

The findings, published today (February 2) in Cell, demonstrate that a complex social behavior can be deconstructed genetically. In addition, understanding sex-specific differences in the brain could help decipher why some neurological disorders, including autism and ADHD, have different rates of prevalence in males and females.

“It’s a very interesting paper,” said Geert de Vries, director of the Center for Neuroendocrine Studies at the University of Massachusetts, Amherst, who was not involved in...

Nirao Shah and colleagues at the University of California, San Francisco, sought to identify sex-related differences in gene expression in the hypothalamus of male and female mice, a brain region previously implicated in the control of sex-specific behaviors. “We and others have shown in the past that sex hormones…can control entire behavioral programs,” says Shah. “But then the question is, how does testosterone, for example, control all these different behaviors? What’s the mechanism?”

Comparing microarrays, Shah’s team compiled a list of 64 genes that appeared to be expressed differently in male and female mouse brains. The team then took a closer look, performing in situ hybridization to physically visualize gene expression in the neurons of males versus females. They emerged with a narrowed list of 16 genes with true differential expression between the sexes. Many of the genes the team identified have been previously implicated in human disorders with sex-skewed ratios.

Focusing on a subset of that list, the team examined four knockout mice, each of which had a mutation in one of the 16 genes. They found that the loss of an individual gene leads to a modular change, in which only a single sex-related behavior is changed, rather than affecting the entire behavioral program like testosterone and estrogen do. The deletion of Cckar, a gene involved in feeding and metabolism in mice, produced females that were two-fold less receptive to mating with males, yet their maternal instincts to care for pups and fend off invaders were not affected. Similarly, males with a mutated Styl4 gene, which encodes a cell signaling protein, were less interested in females, but still attacked other males in a normal fashion.

“Sex hormones control gene expression patterns that are very specific, extremely complex, and sexually dimorphic, and these genes in turn control sex-specific behaviors,” said Shah. But “we’re certainly not saying one gene, one behavior,” he cautioned. “These genes could equally affect other behaviors that we haven’t tested,” such as learning or memory retrieval, he said.

The finding demonstrates that a complex social behavior can be examined and deconstructed on the level of individual genes. “Then the question immediately becomes, how many other complex, instinctual social behaviors are constructed similarly with a network of genes?” said Shah.

“It’s really intellectually tickling,” said de Vries. “It stimulates us to think about the organization of behavior.”

Whether human behaviors are genetically constructed the same way as mouse behaviors remains to be seen, Shah added. But investigating sex-specific differences in the brain could help researchers to understand why the brain appears to be vulnerable to some mental illnesses in a sex-specific way. Autism, for example, is four-fold more common in males than females. ADHD is also more common among males.