ABOVE: One of the samples used in the study, showing crystals of calcite covered in small grains of pyrite
HENRIK DRAKE

The Earth’s crust, or at least the part of it under Scandinavia, is packed with clues of ancient microbial life, according to a study published today (June 3) in Communications Earth & Environment. Researchers analyzed mineral samples from more than 30 underground sites in Sweden and nearby countries and identified molecular and isotopic signatures of microbial activity stretching back at least 50 million years, adding further support to the idea that life has long survived deep beneath the surface of the Earth.

The paper “builds on quite a number of previous articles that describe various forms of evidence for ancient life in the subsurface,” particularly in this area of the world, says Sean McMahon, an astrobiologist at the University of Edinburgh who was not involved in the project but says he plans to collaborate with some of the authors in the future. “They find three or four different lines of evidence for microbial activity in the subsurface which, any one of them by itself you might question, but all together seems to be telling a coherent story.”

Recent studies of underground sites, some of which are several kilometers below the planet’s surface, have turned up abundant evidence of current microbial life. Investigating the history of this deep biosphere presents a particular challenge, though, as microbes leave little in the way of fossil evidence, and what they do leave can look very similar to traces left by naturally occurring abiotic processes.

One way to get around this problem is by scanning rock samples for chemical or molecular biosignatures that provide indirect clues as to whether a particular mineral deposit was made biologically. Using this approach, a handful of research groups have reported evidence for ancient bacterial and even fungal life in various deep sites around the world.

We’re only seeing these microbial party events and then the graveyard afterward.

Henrik Drake, a geochemist at Linnaeus University in Sweden who runs one of these research groups, says that in the current study, he and his colleagues wanted to take a broader look at ancient life in the Earth’s crust. They set out to analyze 49 samples from 33 abandoned mines, up to 1,400 meters deep, in the Fennoscandian shield. This section of the Earth’s crust includes northern Scandinavia, Finland, and northwestern Russia, although the current study focuses primarily on sites in Sweden.

The team retrieved a couple of its samples directly from the mines, but most came from geological collections of rocks at the Swedish Museum of Natural History in Stockholm. “These are kind of unique mineral collections,” Drake says. “Sweden has a rich history of mining, so we have mines from several hundred years ago. [Many of] these mines are now filled with water, or mined away, so you can’t get access to this record” any other way. 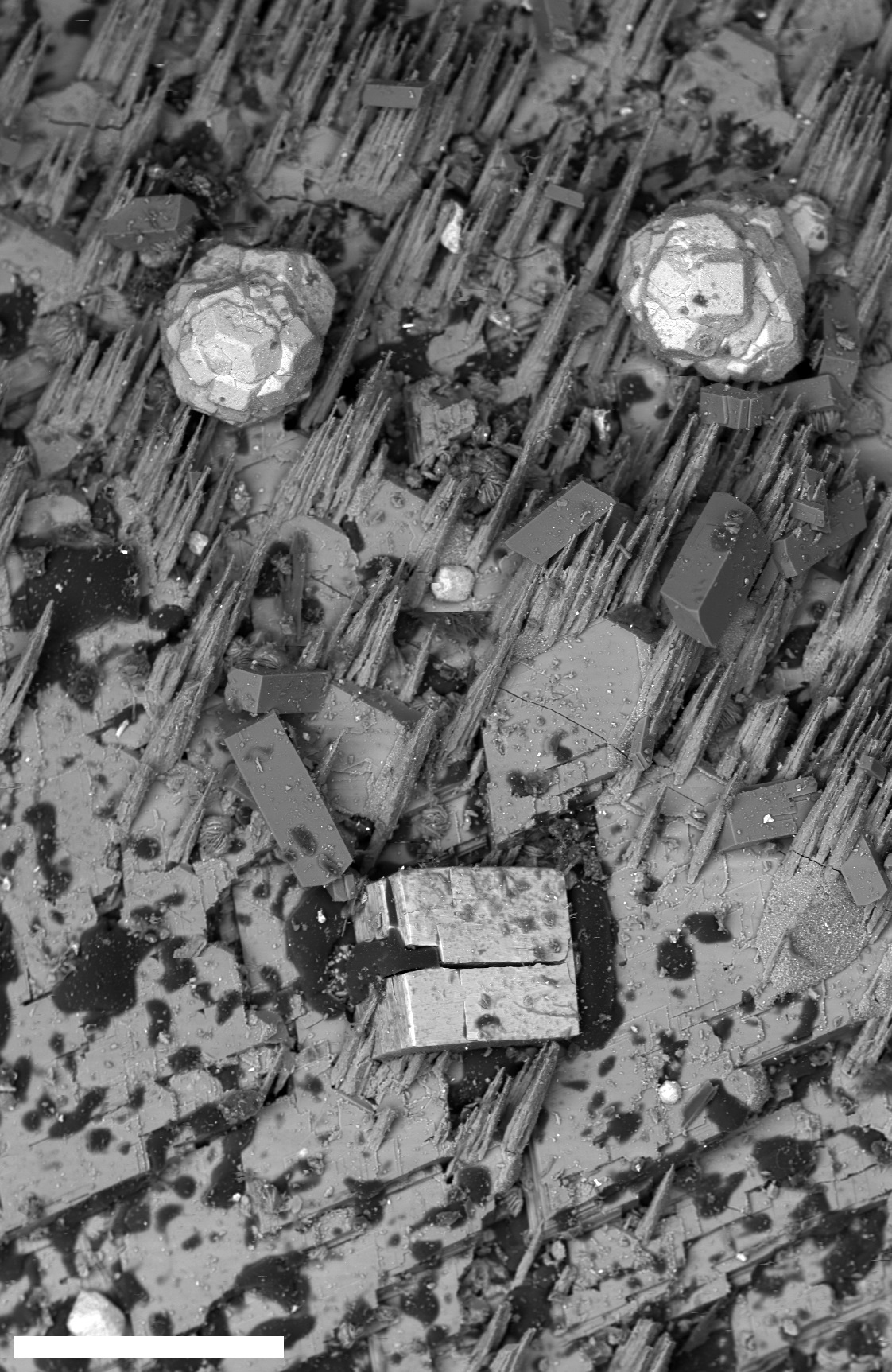 To search for signs of past life, Drake and colleagues analyzed the isotopic composition of ancient mineral veins inside the specimens. Microbes show a preference for certain isotopes of the elements they use in their metabolic pathways, Drake explains, so looking for skews in isotope composition that align with these preferences can help determine whether a particular mineral compound was formed with microbial help, rather than through solely abiotic processes.

In many of the samples containing the mineral calcite, the team identified stable carbon isotopic signatures indicative of microbial methane production, the researchers report in their paper. Meanwhile, patterns of sulfur isotopes in pyrite, as well as carbon isotope signatures in carbon- and hydrogen-based compounds trapped in calcite from one of the sites, seem to indicate bacterial sulfate reduction, they conclude.

The team used a separate approach known as geochronology to put an age on the minerals. Findings from this method suggested that methane-producing microbes were most active between 50 million and 30 million years ago, while the sulfate reducers were particularly busy between 19 million and 13 million years ago, Drake says. “We’re only seeing these microbial party events and then the graveyard afterward.”

Todd Ventura, a geochemist at Saint Mary’s University in Nova Scotia who was not involved in the work, praises the way the paper combined a number of techniques to make inferences about the deep biosphere through time. “It did exactly what I’ve been wanting to see happen for a while, which is to address two fundamental questions that are going on with the deep biosphere,” he says. One relates to the age of the deep biosphere, he explains, while the other is about whether there are patterns of ecological succession in this environment—something that seems to be the case on the basis of the proposed switch from methanogenic to sulfate-reducing bacteria.

Ventura adds that there are a number of details needed to complete the story, including the role of bitumen, a type of petroleum that seeps through fractures in the rock and was found, in solid form, in many of the samples. Hydrocarbons in the bitumen could have provided food for bacteria in the deep environment, the researchers suggest in their paper, but it could also have been the way the microbes made it into the environment. “That bitumen has migrated [into the study sites] from somewhere else,” Ventura says. “It’s likely to have a bigger part in the picture. One of these aspects is that it could be the conduit for the introduction of the microbes that they’re describing into the system to begin with,” but that isn’t clear from the available data. 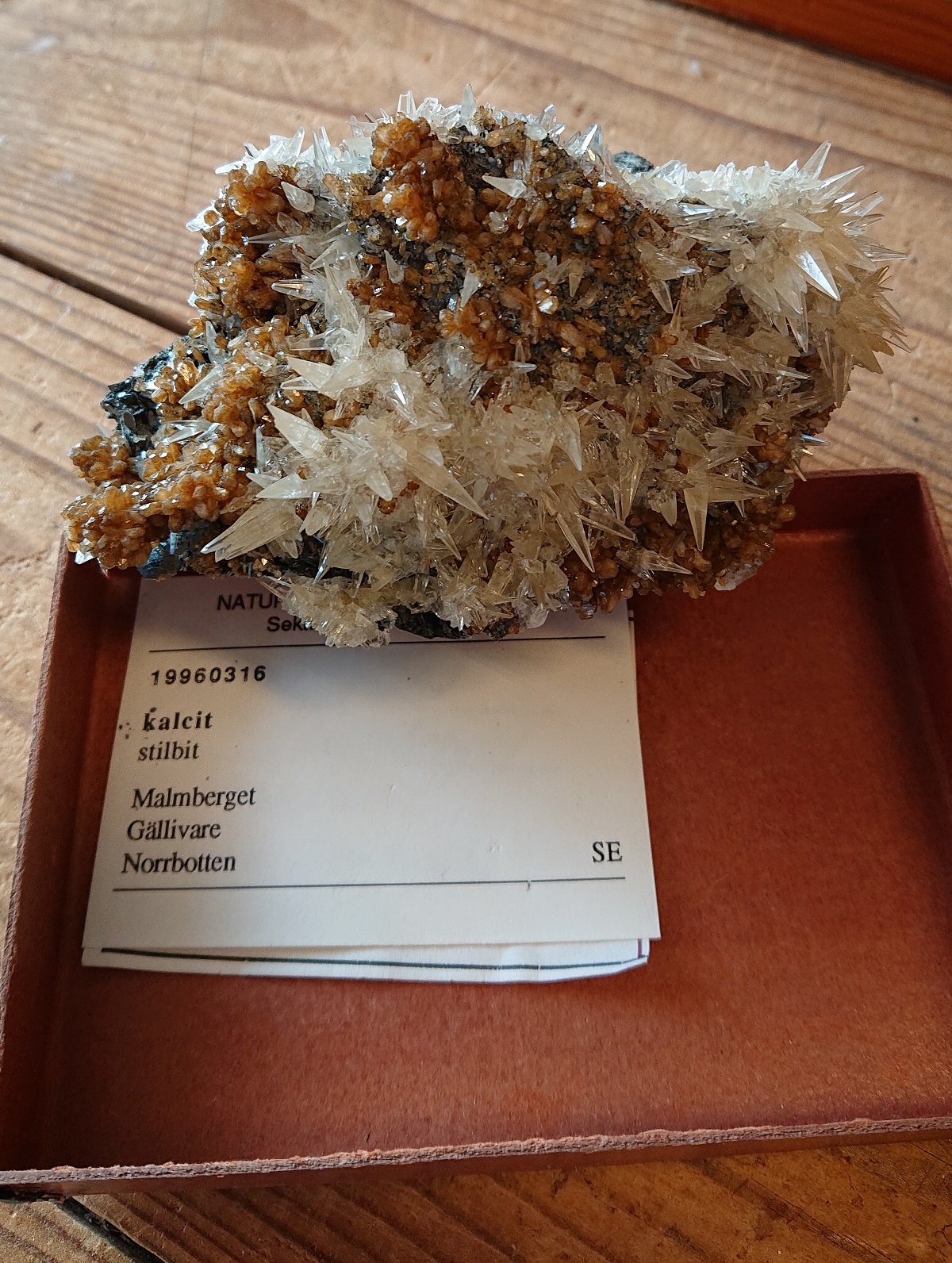 Drake speculates that the team’s findings might reflect a microbial bloom around the 50-million-year mark, perhaps prompted by high tectonic activity and a related influx of nutrients that these microbes feed on—although this isn’t something the team addressed in detail in its study.

McMahon notes that even beginning to speculate in this way marks a move forward for this field. “The paleontology of the deep biosphere has been a bit of a blank,” he says. “We haven’t really been in a position to formulate hypotheses about things like blooms of microbial activity in the subsurface.”

The researchers also describe in their paper what could be morphological signatures of ancient eukaryotes: filament-like mineralized structures that somewhat resemble fungal hyphae. On its own, that finding isn’t particularly conclusive, Drake says, as abiotic processes or prokaryotic organisms can form similar patterns.

Tullis Onstott, an emeritus professor of geosciences at Princeton University who has collaborated with some of the authors but was not involved in the current study, says he would have liked to see additional data on the filament-like structures. “The next critical step is to do high-resolution [transmission electron microscopy] of those features [to] tell you the internal structure,” he says.

While this study just focused on part of the Fennoscandian shield, Drake says that his team’s combination of isotope composition and dating methods could be used to look for signs of microbial activity in other parts of the Earth’s crust, or even one day in rock samples brought back from Mars. He’s currently working with similar techniques for a study based in Greenland, and is collaborating with Onstott on another project in South Africa. “This is a method you can use wherever you like.”