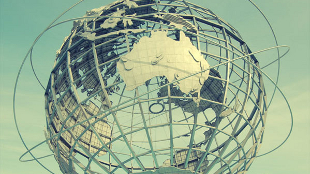 The United States is still a global leader in science and technology research, but the country must act now to avoid losing its edge. This was the overall consensus among two panels of experts, which included National Institutes of Health Director Francis Collins, assembled today (March 14) by Research!America, a nonprofit public education and advocacy alliance.

“I do think America continues to be a place where boldness and innovation and creativity are encouraged,” Collins said. But there are “warning signs,” he added, such as the facts that the country is now ranked 6th in the world with regard to the proportion of its gross domestic product that is invested in research and development and that young high school students score relatively poorly in math and science compared to teens in other nations. If efforts are not taken to reverse these trends, Collins warned, “we might...

Research!America today released the results of a national poll that suggests the American voting public is skeptical about the country’s future in scientific research. More than half (58 percent) of those polled do not believe the United States will be a world leader in science and technology in 2020, and 85 percent said they were worried about decreases in federal funding for research. “The findings reveal deep concerns among likely voters about our ability to maintain world-class status,” said Mary Woolley, president and CEO of Research!America—something that the vast majority (91 percent) of those polled said was important, especially as other countries are increasingly investmenting in science.

One key point of attack highlighted by the panelists will have to be science, math, and engineering education. Flat budgets and shrinking job markets are causing many young children to shy away from the sciences for their careers, at the peril of future generations of researchers. The poll also revealed that nearly 70 percent of Americans believe science and math education will impact the country’s future.

Science advocates must also convince policymakers that science is worth the investment even in the face of economic hardship. “Every dollar we give out in grants…returns $2.21 in goods and services,” Collins said. “There aren’t too many other things that have that kind of return on investment.” One example of a successful investment in science, Collins noted, is the human genome project, which cost taxpayers nearly $4 billion, but generated some $796 billion in economic output—a return of 141 to 1, according to study released last May by Battelle, an independent science and technology research and development organization. “If there was a genome project that came along today, would we have that same bold attitude, or would we [say], ‘We can’t afford it right now’?” Collins wondered. “I am deeply concerned about whether we in America will capitalize on that opportunity, or whether we will give in to other pressures and lose our chance.”

These issues will become increasingly important this year as the presidential election approaches. “We need to have a national strategy, a Sputnik moment,” said Margaret Hamburg, commissioner of the US Food and Drug Administration, “where we galvanize, and we look at all the things that matter, and we really build on the expertise and preeminence of America today in the life sciences world, and we make sure that in the decades to come we are at the forefront still.”

Other panelists at today’s meeting included Subra Suresh, director of the National Science Foundation; John Castellani, president and chief executive officer of PhRMA; Jack Watters, vice president of external medical affairs at Pfizer; Nancy Brown, chief executive officer of the American Heart Association; Larry Shapiro, executive vice chancellor for medical affairs and dean of the school of medicine at Washington University School of Medicine; Carolyn Clancy, director of the Agency for Healthcare Research and Quality; and Sheri McCoy, vice chairman of the executive committee and member of the office of the chairman at Johnson & Johnson.