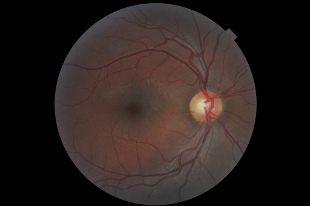 FLICKR, SIMON LEEDelivering drugs to the posterior segment of the eye has long posed a challenge, due in large part to physiological barriers, which large, peptide-based molecules are unable to cross. Two recent studies highlight how innovative nanotechnology approaches are being used to overcome these roadblocks.

Researchers led by Francesca Cordeiro, a professor of retinal neurodegeneration and glaucoma studies at University College London, used liposomes—lipid-based vesicles that can be loaded with drug molecules—to formulate eye drops for delivering Avastin, an anti-vascular endothelial growth factor (anti-VEGF) medication commonly used to treat age-related macular degeneration (AMD). The researchers proposed that liposome-based Avastin delivery is a promising alternative to the comparatively risky and invasive intraocular injections that are currently the only effective treatment for many AMD patients. Their work was published in Small this month (March 5).

Liposomes are well-established as drug-delivery systems, but getting them across ocular barriers has remained...

“This is exciting, and the potential is vast, but still early[-stage],” Rahul Khurana, an ophthalmologist with Northern California Retina Vitreous Associates and spokesperson for the American Association of Ophthalmologists, told The Scientist in an e-mail. “One of the concerns is whether the Avastin is active. Antibodies break down quickly when hydrated and it may not be active even though it is present in the back of the eye.” Anti-VEGF agents also pose a risk of systemic absorption when applied topically, Khurana warned. “We are very concerned with systemic anti-VEGF effects which may put patients at risk for stroke and hypertension.”

But there are ways of reducing that risk, explained Cordeiro, who is also an honorary consultant ophthalmologist at Western Eye Hospital in London. “One of the things we know from administering glaucoma drugs is that if you block the tear duct, there’s substantially less absorption,” she said. Additionally, the dosage delivered with the eye drops may well be smaller and remain in the eye for a shorter time than the dose currently given by intraocular injection. Cordeiro’s team now seeks funding and collaborations to take its developments into clinical trials.

Getting drugs past biological barriers is but the first hurdle: one of the biggest threats to the successful treatment of eye disorders is patient compliance. Even when eye drops are available, patients often fail to apply them correctly, said Khurana. Drug-soaked contact lenses, an alternative to drops, can be problematic due to rapid and uncontrolled dosages, or premature activation in transport and storage.

But another nanotechnology-based solution is on the horizon. The University of California, Los Angeles’s Dean Ho and his colleagues have designed a contact lens embedded with drug-loaded nanodiamond particles, which are triggered by the presence of the lysozyme—an enzyme found in tears—to release a controlled dosage of the glaucoma drug timolol maleate over the course of a day. Ho’s team published its results in ACS Nano last month (February 8).

Nanodiamonds, byproducts of the diamond mining/refining processes, are sustainable and well-tolerated materials, and an attractive option for biomedical use, said Ho. “We selected [nanodiamonds] because of their uniquely faceted truncated octahedral architecture that has been shown to potently bind a broad spectrum of drugs in rapid fashion while also mediating triggered and sustained release,” he explained.

And getting these properties right is critical to designing lenses suitable for clinical use, said Mark Byrne, a professor of chemical engineering at Auburn University in Alabama. “The field has seen a lot of different types of technology, many failing in clinical or animal trials,” Byrne told The Scientist. “People often underestimate the time and energy that needs to go into the design of the polymer.”

The lysozyme-activation mechanism distinguishes this lens from others like it, noted Joseph Ciolino of Harvard Medical School and Massachusetts Eye & Ear, adding, however, that it could introduce potential complications. “Given that previous studies have shown wide variations of tear lysozyme concentrations in healthy eyes, it would be interesting to see if there is also a variation of drug-release from the contact lenses that is dependent on a person’s tear lysozyme level,” Ciolino wrote in an e-mail. “It will be fascinating to follow this therapeutic contact lens as it proceeds to in vivo studies.”

Ho’s team is now working to optimize the fabrication and drug-loading processes, and to perform further animal and pre-clinical studies. But there are already exciting possibilities for the future, said Gus Gazzard, a consultant ophthalmic surgeon at Moorfields Eye Hospital in London. For example, lenses could be loaded with multiple drugs with different dosages released at different times of the day, or with low-dose antibiotics for patients at risk of infection.

As new technologies emerge and clinical lessons are learned, nanotechnology researchers may be on the way to overcoming both biological and societal barriers. “The field has had a long infancy,” said Byrne, “but now we are finally growing up.”