Boa imperator and Python bivittatus TONY GAMBLEFor more than 50 years, scientists have taken for granted that all snakes share a ZW sex determination system, in which males have two Z chromosomes and females have one Z and one W. But a study, published today (July 6) in Current Biology, reveals that the Central American boa (Boa imperator) and the Burmese python (Python bivittatus) use an XY sex determination system, which evolved independently in the two species.

“This work is a culmination of a lot of questions that we’ve had about pythons and boas for a long time,” says Jenny Marshall Graves, a geneticist at La Trobe Univeristy in Melbourne, Australia, who did not participate in the study.

Some of these questions came up for Warren Booth, a geneticist and ecologist at the University of Tulsa, as he studied parthenogenesis—the growth and...

Booth contacted Tony Gamble, a geneticist at Marquette University in Milwaukee, Wisconsin, who studies sex chromosomes, to begin a collaboration to investigate whether boas and pythons might actually have X and Y chromosomes. Spurred by Booth’s questions, “I went back and reread some of the early papers” on snake sex chromosomes, says Gamble. “What became clear is that they didn’t show that boas and pythons had a ZW sex chromosome system. They just said it without any evidence.”

Historically, scientists used light microscopy to photograph and match up homologous chromosomes. “If you find an unmatched pair—two chromosomes that are morphologically different—in males, you have an XY sex chromosome system. If you find an unmatched pair in females, you have a ZW system,” says Gamble. “But the problem is that a large number of species don’t have sex chromosomes that are morphologically distinct from each other.”

In order to address this problem, Booth, Gamble, and colleagues digested the genomes of male and female boas, pythons, and Western diamondback rattlesnakes (Crotalus atrox), which are known to use a ZW sex determination system, with restriction enzymes to create fragments just hundreds of base pairs long. They sequenced the fragments, and then used a computer program to identify sex-specific genetic markers.

In a ZW system, where females have both a Z and a W, sex-specific markers will be found in larger numbers in females because they are likely found on the W chromosome, which males don’t have. In an XY system, where males have both an X and a Y, these sex-specific genetic markers will be found in males because they are likely Y-specific. As expected, the authors identified more markers in sequencing data from rattlesnake females than males. But they also found an excess of sex-specific genetic markers in male boa and python sequences, which suggested that these snakes have XY sex determination.

The researchers validated the presence of some of the sex-specific markers using PCR, and then mapped them to boa and python genome data to confirm which chromosomes were the sex chromosomes. The team also used the boa and python genomes “to show that, while they both have XY systems, they have actually evolved those XYs independently on different chromosomes,” says Gamble.

The identification of the boa and python sex chromosomes “might be quite a big breakthrough to our understanding of sex determination in snakes,” says Graves. “Old fashioned genetic linkage studies will show us where the sex-linked gene is, and we know enough genomics now to be able to figure out what genes are in that patch of chromosome and ask, are any of them good candidates for sex determination?”

The authors “found that the python species has different sex chromosomes than boas, but there are many lineages between them,” says Lukáš Kratochvíl, an evolutionary biologist at Charles University in Prague, Czech Republic, who did not participate in the work. Investigating the sex chromosomes of these in-between snake lineages could provide insight into the evolution and stability of sex chromosomes in other animals, he adds.

Gamble agrees that the next step is exploring other species’ sex chromosome systems, but, for him, a bigger question also arises from this work. “There’s way more going on in snakes than anyone ever thought,” he says. “It was there for anyone to see, and so many scientists—including myself—failed to really look critically at this older literature. One has to wonder how frequently we do this. What other long-held assumptions do I take for granted as factual that could actually not have any empirical evidence behind them?” 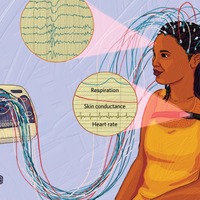