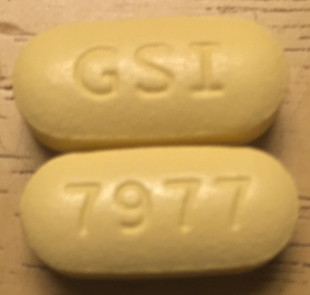 Gilead Sciences’ Sovaldi (sofosbuvir)WIKIMEDIA, INSOMNIAC70The World Health Organization (WHO) in February declared Zika virus infection a public health emergency of international concern. In Brazil, one of the areas hardest hit by the ongoing outbreak, perhaps the most threatening aspect of Zika virus transmission has been its association with microcephaly and other abnormalities of the central nervous system in fetuses whose mothers were infected during pregnancy.

Because there is not yet an available vaccine, researchers have been looking for drugs presenting anti-Zika proprieties that are safe to give to pregnant women who live in high-risk areas. In a May preprint, a team led by researchers at Federal University of Rio de Janeiro showed that the antimalarial drug chloroquine reduced Zika virus infection of human cells in vitro. Now, in a study led by Caroline Sacramento and colleagues at the Rio-based Oswaldo Cruz Foundation, researchers have reported that the urudine...

Aware that the aminoacids of the hepatitis C virus RNA polymerase that interact with sofosbuvir are highly conserved among members of the Flaviviridae family, the group built a 3-D model of Zika virus based on a hepatitis C ortholog molecule. According to 3-D modeling, sofosbuvir is found in an area of the molecule critical for nucleotide incorporation in the new strand, affecting the RNA-directed RNA polymerase (RDRP) domain.

For Ludek Eyer and Daniel Ruzek of the Veterinary Research Institute in the Czech Republic, who were not involved in the work, these in vitro results are encouraging.

Sacramento and colleagues observed the anti-Zika effects of sofosbuvir in BHK-21 and SH-SY5Y cells, but not in Vero cells. (Previous studies have shown that Vero cells express glycoprotein-P, a multidrug resistant ATP-binding cassette transporter that most likely pumps the drug out of the cell.)

Matthew Aliota at University of Wisconsin agreed that the results, though preliminary, are promising. But the arthropod-borne pathogen researcher, who was not involved with the study, noted in an email that, of course, “in vitro efficacy does not necessarily translate to in vivo efficacy.”

“I do believe this provides the basis to do additional testing with this compound,” Aliota added, “preferably in an animal model.”

An important question is whether sofosbuvir, a drug metabolized largely in the liver, can cross the placenta or the blood-brain barrier and have an effect in other organs. “So far, the pharmacological properties of the drug were tested mainly with respect to hepatitis and its targeting into liver, and . . . very little [is] known about the activity of the drug in other organs” noted Eyer and Ruzek.

Although Zika virus appears to preferentially target certain brain cells, studies have shown that the virus is often found in peripheral organs before it reaches the brain. To Aliota’s mind, that sofosbuvir metabolism takes place in the liver is not necessarily problematic.

“It is not clear how Zika virus makes its way to the brain but if the drug can impair the initial replication of the virus, preventing migration to the brain then it would be successful,” he wrote. “Because many of the mouse models available for ZIKV [Zika virus] have demonstrated ZIKV tropism for the brain, this could be easily tested.”

Federal University of Rio de Janeiro’s Amilcar Tanuri, a coauthor on the chloroquine study who was not involved in the present work, agreed that the next step is to test sofosbuvir in animal models of Zika infection.

If preclinical studies confirm the apparent anti-Zika effects of sofosbuvir, then “it might represent an ideal future therapy,” noted Eyer and Ruzek. “The fact that sofosbuvir is not teratogenic could reduce the time frame in preclinical testing and highly increases the chances for possible future application of this drug in therapy of Zika virus–infected women,” they wrote. 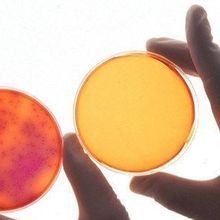