In 1985, the American linguist Charles Hockett proposed a radical idea during a lecture at the annual meeting of the American Anthropological Association: “f” and “v” sounds only became part of spoken language after the dawn of agriculture, and as such, were a “relatively recent innovation in human history.”

Hockett reasoned that softer, processed foods would lead to changes in the arrangement of the human bite, making the pronunciation of these sounds possible. This would explain why many hunter societies don’t tend to use “f” and “v” sounds in their languages. But the idea was sharply criticized, and Hockett himself soon gave up on it.

Now, more than 30 years later, an international team of researchers has taken another look at Hockett’s hypothesis, this time drawing on historical linguistics and paleoanthropology data as well as biomechanical simulations of sound production. The research, published...

“Hockett’s paper was always just a curiosity to me, but now this is something I’ll talk about in class,” remarks Joe Salmons, a professor of language sciences at the University of Wisconsin who wasn’t involved in the study. “Whether they’re ultimately right or not, we can’t say for sure. But it’s a much more powerful case.”

See “Why Human Speech Is Special”

As infants and early adolescents, modern-day humans start out with the same bite configuration as young hunter-gatherers did thousands of years ago, with an “overbite,” in which the upper jaw overlaps the lower one, and an “overjet,” where the top front teeth protrude over the bottom ones. In previous studies, this bite configuration has been shown to change depending on the diet.

When humans eat soft foods—such as the gruels, stews, cheese, and yogurt that emerged with farming—individuals retain the overbite and overjet long into adulthood, which is thought to make labiodental sounds possible. But when humans chow down on coarse foods such as raw meat, the teeth wear down and ultimately the bite shifts until the upper and lower teeth meet edge-to-edge. Hockett proposed that this makes it difficult to pronounce labiodental sounds.

To investigate if this were true, the researchers used a computational model of orofacial biomechanics to simulate the production of a labiodental sound under the two different bite configurations. Energetically speaking, making “f” and “v” sounds with an overjet and overbite is nearly 30 percent more efficient than with an edge-to-edge bite.

Through statistical techniques, they examined the relationship between the distribution of labiodental sounds across nearly 2,000 languages worldwide and their speakers’ sources of food. They found that, on average, hunter-gatherer societies have only 27 percent as many labiodental sounds in their vocabulary as do food-producing societies.

The researchers also looked specifically at several regions with a history of hunting and gathering until very recently: Greenland, southern Africa, and Australia. Many native societies in these areas don’t express labiodentals, but some have picked up these sounds through contact with groups who do use labiodentals. For instance, the language of West Greenlandic has acquired one labiodental sound, which the researchers believe stemmed from sustained contact with Europeans since the 18th century. “The diet came with these people that [also] provided them with the words,” says Damián Blasi, a postdoc at the University of Zurich’s Psycholinguistics Laboratory and first author on the study.

Finally, the researchers reconstructed the evolution of labiodental sounds through a phylogenetic analysis of the Indo-European language family. According to the model, labiodental sounds likely emerged between 3,500 and 6,000 years ago across different languages, coinciding broadly with archaeological evidence of bite configurations. For instance, human skulls from Pakistan show evidence of an overbite and overjet around 4,300 years ago. The model suggests a particularly steep rise in the use of labiodentals some 2,500 years ago, around the time when industrial milling of food became widespread in western Europe. 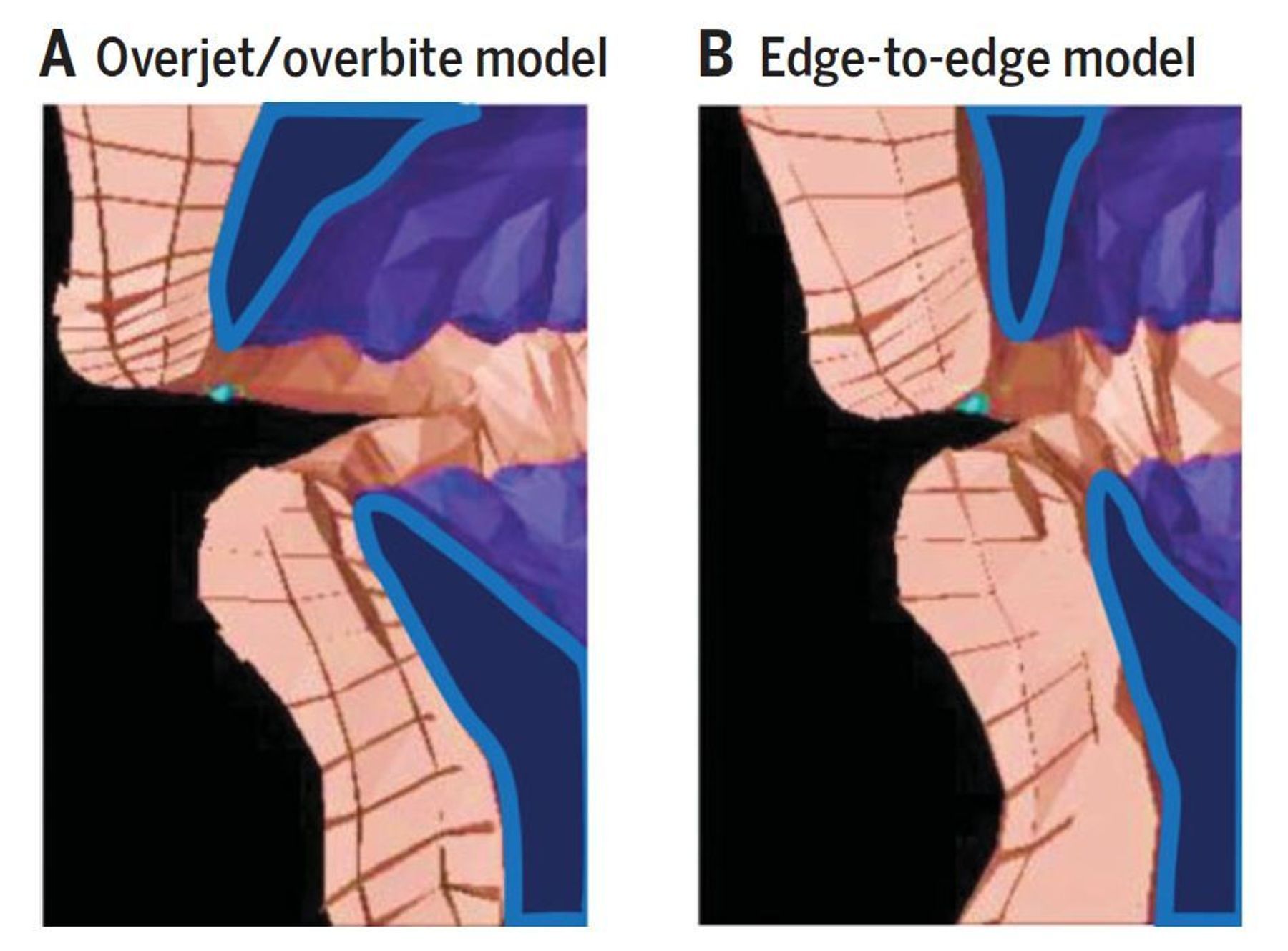 Blasi says he and his colleagues were initially surprised at how well the different lines of evidence supported Hockett’s theory. However, he cautions that maintaining an overbite and overjet doesn’t necessarily guarantee that a particular community will start using labiodentals in speech, it just means there’s a higher probability they will. There are plenty of exceptions to the rule: Spanish, for instance, has an “f,” but no spoken “v” he notes: Most varieties of Spanish pronounce the orthographic “v” as a “b,” a bilabial sound which is produced through both lips. Plus, there are many other factors that determine whether a sound will be acquired in a given language. Perhaps some sounds carry a negative social connotation, or others aren’t easily audible. “There’s so many things we don’t know about the dynamics of language.”

For Pedro Tiago Martins, who studies the evolution of speech as a graduate student at the University of Barcelona, the new research helps debunk a long-held belief in his field that the range of sounds that humans can vocalize has stayed consistent over the ages. The study adds to a growing body of evidence that “the sound system we have is not fixed,” he says, and can be shaped by the environment and culture.

There’s been an increased recognition within his field that cultural changes, such as the agricultural revolution, can affect biology and vice versa, points out Timothy Weaver, a biological anthropologist at University of California, Davis. The new findings provide a good example: “You have these cultural changes that lead to dietary changes and those dietary changes influence the anatomy, and the anatomy then influences an aspect of culture, language.”

Salmons is particularly impressed by the variety of evidence the researchers provided, and says he hopes the study will raise the bar for future work on the effect of the environment on language evolution. “I really like that they used such a multi-faceted approach for this kind of question,” he says. “No single strand of evidence alone would have made the story the way that the whole set does.”